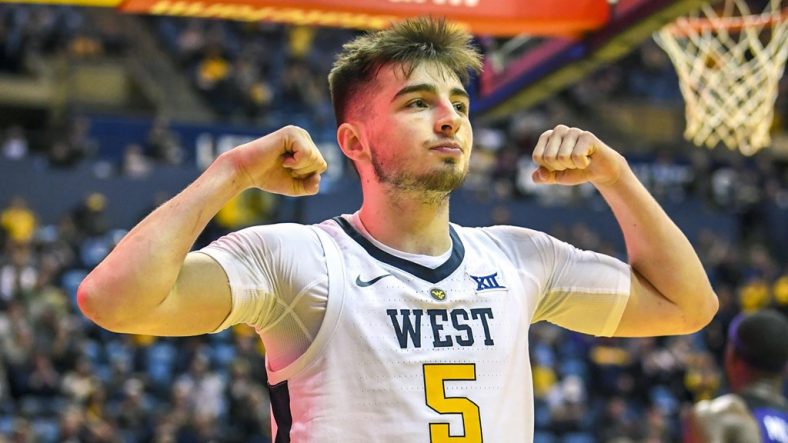 While they wait for football and basketball season, what are the players up to while enjoying summer? Well these two guys are doing the Mountaineer bottle cap challenge.

Jordan McCabe is known for his handles, his three-point stroke and his flashy passing. McCabe loves to throw a nice behind the back pass so it only made sense that for his bottle cap challenge entry he flipped an effortless behind the back pass toward the bottle of water.

Then there’s Rex Sunahara, the Mountaineer long snapper. It’s easy to underestimate what kind of precision goes along with being a long snapper. This video from Rex shows just how good he is with putting the ball exactly where he wants to.