UPDATE: The Mountaineer Arrested For DUI 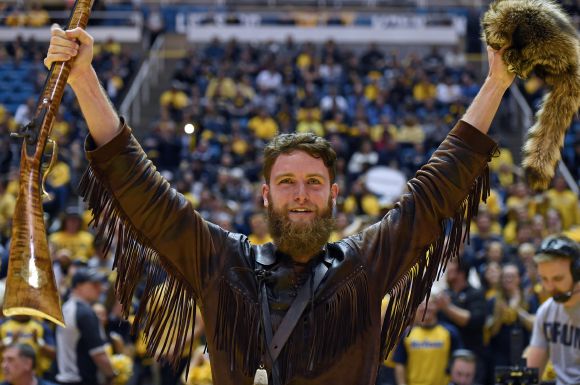 Troy Clemons will not be in attendance for the game. There was no announcement for any replacement.

“West Virginia University is aware of this morning’s arrest of Troy Clemons, currently the Mountaineer Mascot, for speeding and misdemeanor driving under the influence. While the Mountaineer Mascot Advisory Council gathers and reviews all the facts, Troy will not participate in any Mascot-related duties or appearances, including the events surrounding Saturday’s football game. As the alternate Mountaineer, those duties will be handled by Trevor Kiess, a junior accounting major minoring in pre-law and legal studies from Elkins. In addition to any legal outcomes, Troy — as any other WVU student — will be subject to appropriate student conduct proceedings.”

According to court records the Mountaineer mascot Troy Clemons was arrested for DUI. He was arrested on October 27. He was released on a personal recognizance bond after being arraigned in Monongalia Magistrate Court.

Per the criminal report Clemons was pulled over on Stewartstown Road for speeding. This information was provided on his criminal complaint.

After failing sobriety tests a preliminary breathalizer test showed that Clemons’ BAC was at .126, substantially over the .08 legal driving limit.

No word has been provided on whether or not Clemons will be on the sideline for the game against Oklahoma State or who the replacement will be. Stay tuned for further details.