Monster 2021 Visitor in Morgantown This Weekend! 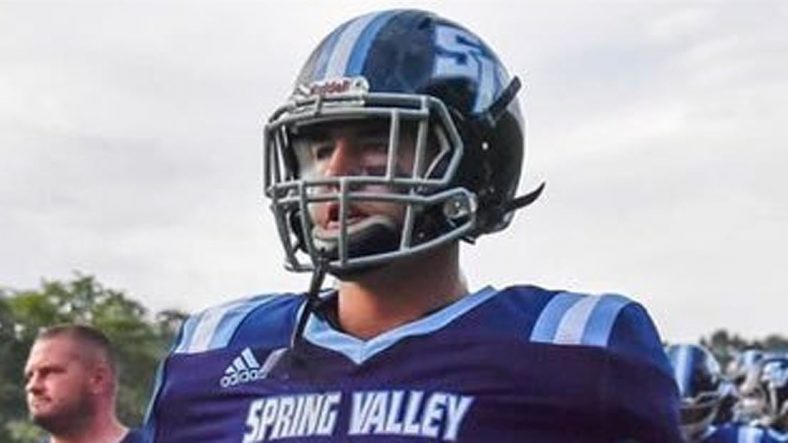 West Virginia’s most glaring weakness is the offensive line.  Through two games, blocking has been a real challenge.  Wyatt Milum, a 6’7 300 pound behemoth from Huntington, West Virginia could be the answer to WVU’s most immediate area of concern.

Milum, a 4 star offensive tackle, is the 41st ranked overall prospect and #2 ranked recruit in the state of West Virginia in the 2021 class.  With offers from every major program in the country, including Alabama, Georgia, Michigan, Ohio State, Penn State, Virginia Tech, Notre Dame and many, many more, Milum could go anywhere he wants.  However, he wouldn’t be more wanted anywhere than here in Morgantown, West Virginia.

According to 247 Sports, “Offensive tackle frame and length. Lean build and can easily carry 290 pounds. Quick feet with ability to pull from right tackle spot and target second-level defender. Get-off is explosive. Shoots hands quickly and is accurate. Can rotate upper body on block adjustments while maintaining strong base. Once engaged, finishes blocks. Wins leverage battle when he sinks hips. Bends at the waist a little too much. Has a tendency to lean. Must work on pass pro technique, particularly kick-step to cover edge. Adding upper body strength and size is needed. Multi-year starter at high-level Power 5 school. Projects as a second day NFL draft pick.”