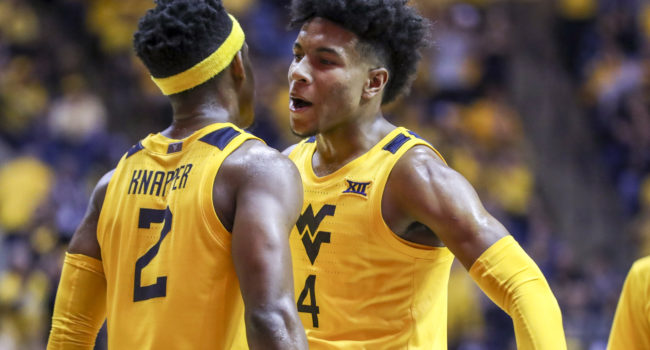 The West Virginia Mountaineers have now laid claim to the Big 12 Newcomer of the Week award five times with Miles McBride claiming it this week for the second time. The other three were claimed by Oscar Tshiebwe.

McBride set a career-high in the win over Texas Tech, with 22 points off the bench. “Deuce” went 8-for-11 from the field and 4-for-4 from the line. McBride had 10 points in the win over Oklahoma State on the road.

Deuce earns his second Newcomer of the Week award from the Big 12. ? https://t.co/nUSzpIpw0N

Up next for the Mountaineers is TCU on Tuesday night at 9 p.m.

Which talented Mountaineer freshman will take home the Big 12 Newcomer of the Week next? Could there be a little back and forth between the two talented freshmen with regards to who wins it next?

Mountaineer fans would be quite alright with that as long as they keep stacking wins.