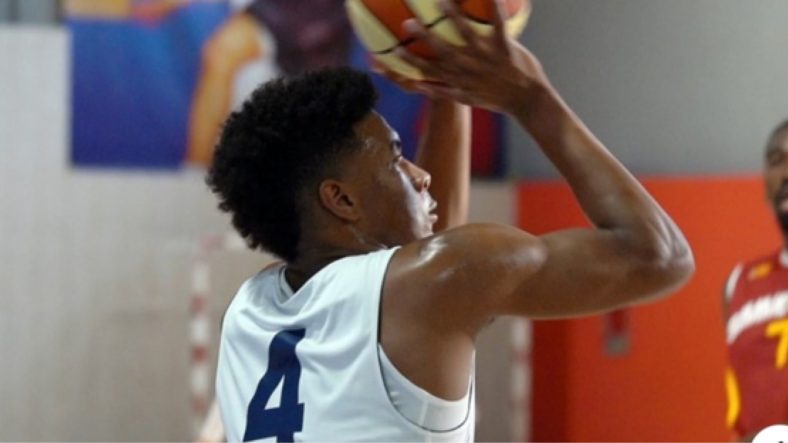 The way Miles McBride walks, his gait, is very familiar.  His demeanor and intensity on the court is very reminiscent of someone from West Virginia basketball’s past.  McBride’s defense, his energy, his passion for the game is so much like former West Virginia standout guard Daxter Miles that it’s eerie.

In the first game of West Virginia’s tour of Spain, playing against the Madrid All Stars, Miles McBride looked the part.  Flying under the radar and in the shadow of Oscar Tshiebwe’s recruitment and commitment, McBride could end up being one of the most talented players on a very talented West Virginia basketball team.

In his first game action as a Mountaineer, McBride was impressive.  Following the game, Bob Huggins said of the point guard from Cincinnati, Ohio, “Deuce McBride was really good.  He gives us size at the guard position.  He gives us strength and toughness that we haven’t had in a while.  I think he has an opportunity to be a special kind of guy.”

The strength and toughness that Huggins is referring to is what Daxter Miles and Jevon Carter brought to the backcourt during their time in Morgantown.  McBride was considered by many to be among the best defenders in high school basketball last year as he led Archbishop Moeller High to a 21-0 regular season record and a state championship in Ohio.

Like Carter and Miles, McBride was underrated as a recruit coming out of high school.  He also shares the former West Virginia guards’ work ethic and desire to improve.  Prior to coming to Morgantown, McBride was asked what he looked forward to most in college and his response was, “Definitely the Bob Huggins’ practices, for sure.  I heard the treadmill is a great place to be.  Coach Huggins is a Hall of Fame coach, he knows his stuff and I just can’t wait to listen and learn from him.”

While it’s unfair to compare him to two of the great guards in West Virginia’s recent history after one game, Miles McBride has the talent, the passion and the attitude to have a very memorable career as a Mountaineer.