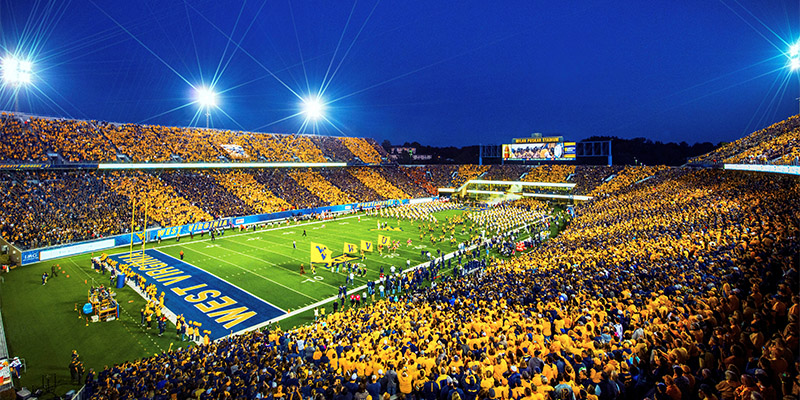 Oklahoma State coach Mike Gundy is no stranger to big games in great college football venues. Despite this Mike Gundy said Milan Puskar Stadium was the loudest he’s ever heard after the blocked punt touchdown and pick six. This was reported by West Virginia sideline reporter Jed Drenning. This was despite a very abysmal showing by the WVU student section.

Mike Gundy just said on Sirius that, after the 2 quick TDs cut lead to 30-24, Mountaineer Field got louder than any stadium he's ever heard.

WVU had not scored two non-offensive touchdowns in the same game since 2013. Even with these two scores it was not enough for West Virginia to overcome their five turnovers and ended up losing to the Cowboys 50-39.

The crowd needs to bring that same type of energy when No. 14 Iowa State, currently on a four game win streak, visits Milan Puskar Stadium. WVU is looking to get a win and propel themselves back into the Big 12 title picture.