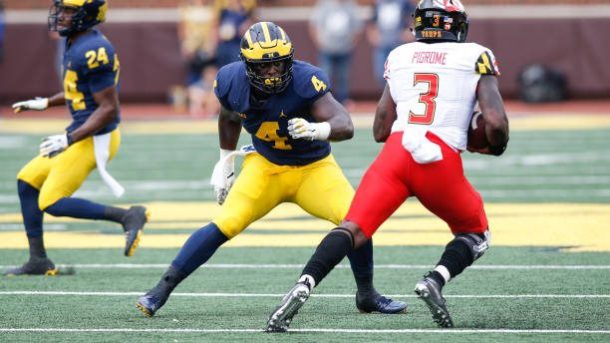 Nearly three months ago Reuben Jones announced that he intends to leave Michigan. Now the defensive end is searching for his destination. Count WVU among the possibilities.

The former three-star recruit will be eligible immediately and will have one year of eligibility. He plans on making the decision on his football soon after the visit to West Virginia University.

While at Michigan Jones played in 15 games, including four during the 2018 season.

The Mountaineers need to add depth at several positions, with the defensive line being one of them. Let’s hope Neal Brown and staff can get Jones on board and create some competition for the starting positions on the d-line.