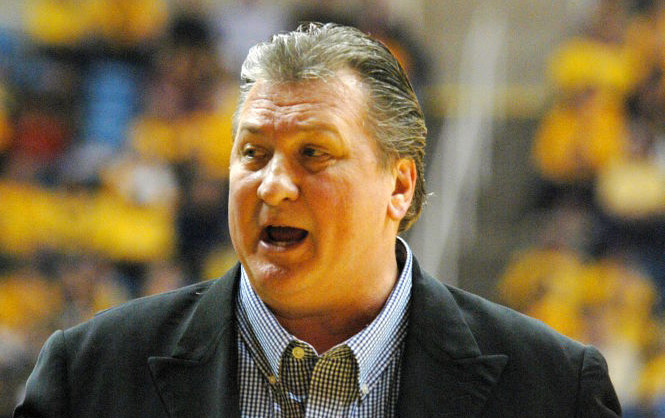 This year’s schedule promises to be a tough one.
Check it out:

The Mountaineers will have all 31 of their regular season games plus the exhibition game broadcast, including at least 15 regular season games on national television. WVU will have at least two games on ESPN (Virginia Tech and at Kansas), three games on ESPN2 (at Missouri, Gonzaga and at Baylor), six games on ESPNU (Purdue, at Texas Tech, Texas, Oklahoma, Iowa State and at Oklahoma) and two games on CBS Sports Network (Old Dominion and Wisconsin or Saint Louis). The game at Oklahoma State and the home game versus Kansas will be televised by ESPN or ESPN2. 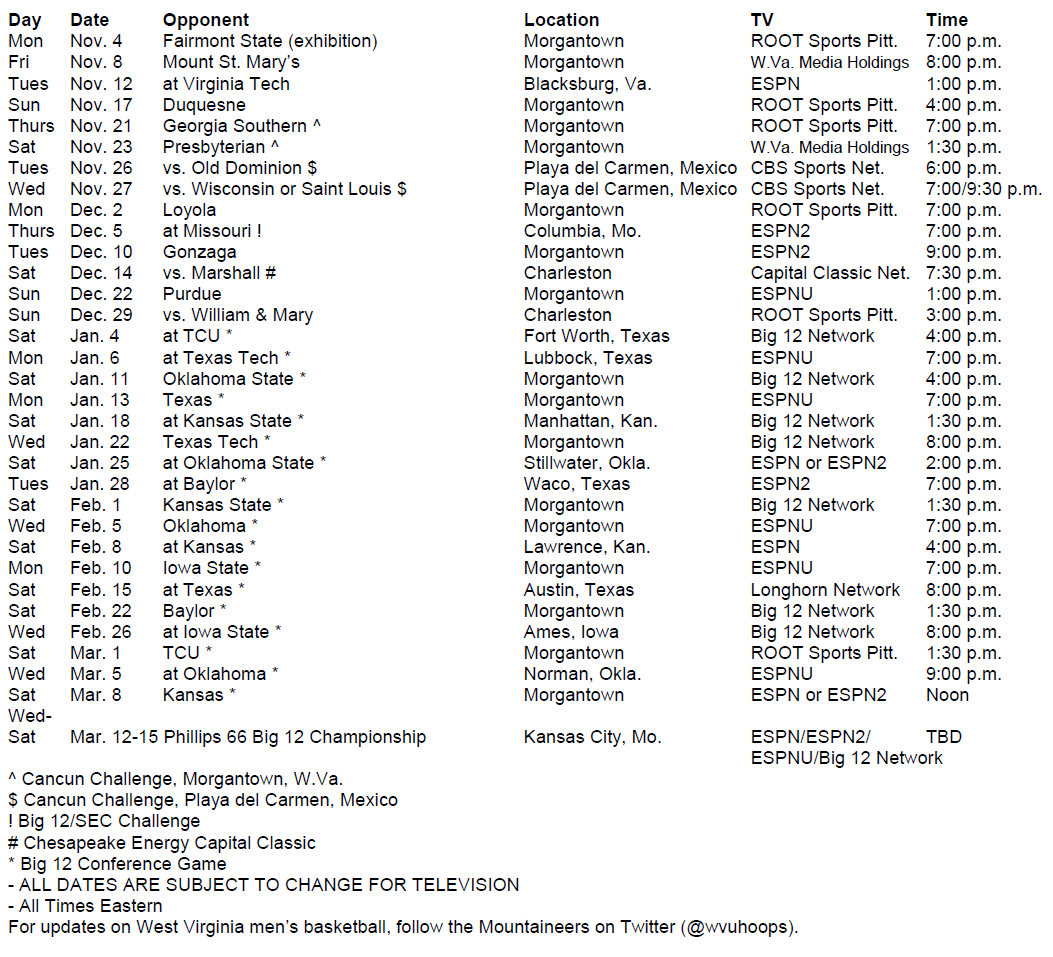