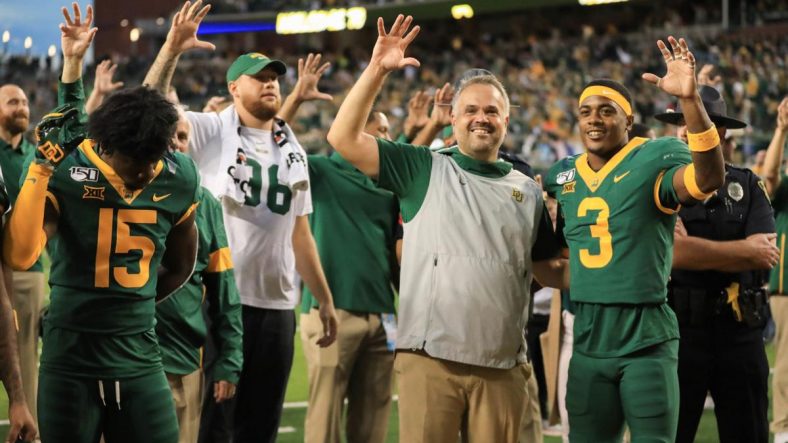 Many NFL teams had interest in Baylor coach Matt Rhule. Carolina Panthers owner David Tepper spent yesterday in Waco spending time with Rhule and that was all he needed to make the decision to make an offer to him.

Rhule was scheduled to interview with the Giants today. Instead of risking him getting on a plane, Tepper went ahead and got his man, as they are now finalizing a deal for Rhule to become head coach of the Carolina Panthers.

From @gmfb: The #Panthers swooped in and hired #Baylor coach Matt Rhule in a stealth move. One big draw was #Panthers owner David Tepper being willing to put money into the sports science program that Rhule wants. Resources won’t be a problem. pic.twitter.com/CIB52vDldE

What does this mean for WVU? Well, it cuts down a football program that was clearly on the rise. Baylor had an 11-3 season, playing Oklahoma tough both times before being blown out by Georgia in the Sugar Bowl.

This transition for Baylor will make a win over Baylor in Morgantown more likely, but on the other hand the conference desperately needs another team besides Oklahoma to step up on a national level. It would be great to see some Big 12 coaches stick around and build this conference up.

As Mountaineer fans know, it’s not fun when your coach leaves for another team. Rhule got the program through a very tough stretch and whoever takes over for him will be in a much better position was than Rhule was when he took over.