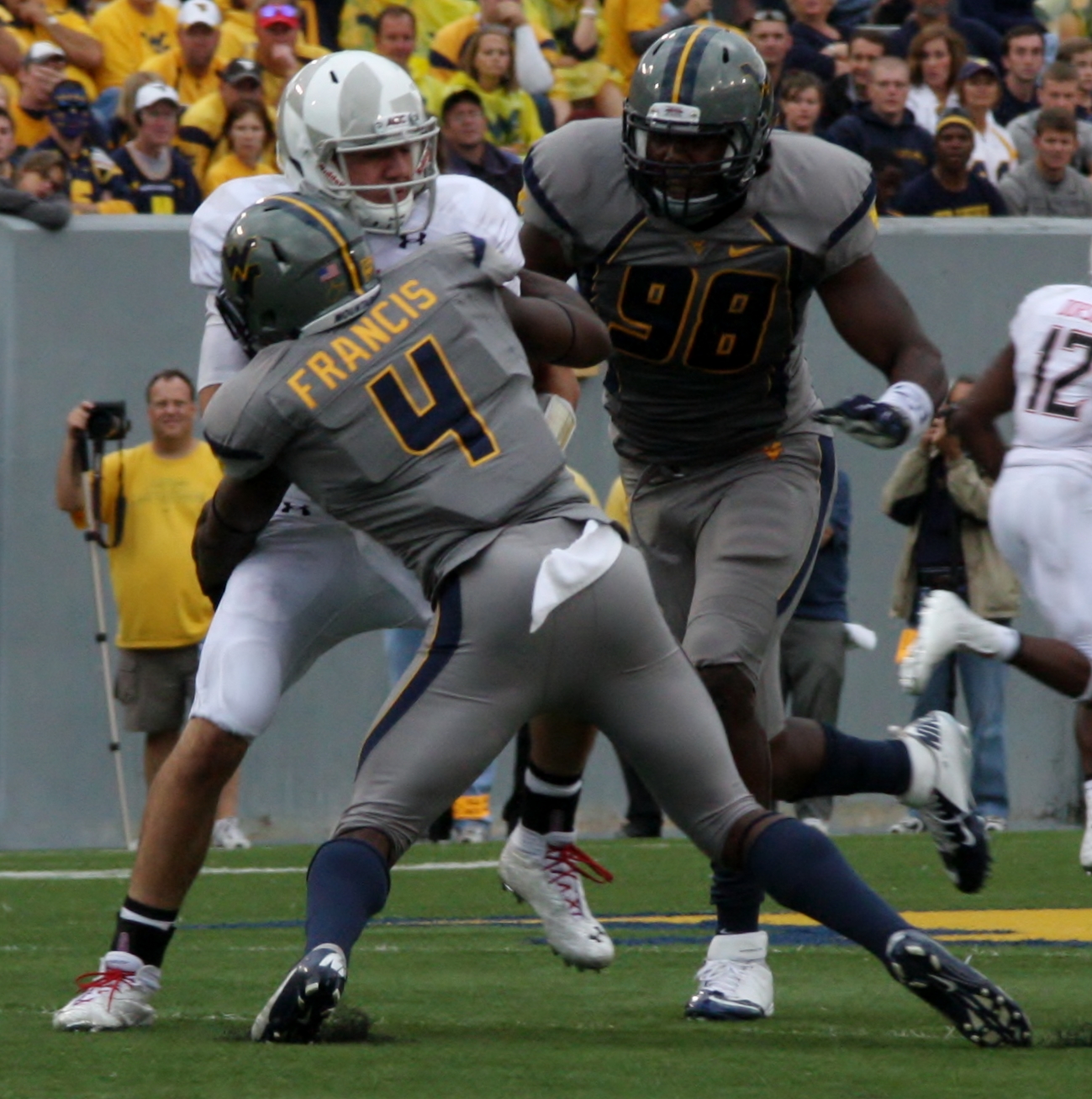 Maryland-WVU quotes of the week: Blitzes, border war and recruiting

Maryland-WVU quotes of the week: Blitzes, border war and recruiting

Game week quotes are always fun.
Check it out:

With cameras rolling and mics recording, here are some of the top quotes this week leading up to the West Virginia-Maryland game:

Ford Childress on breaking the WVU single-game freshman passing mark last week with 359 yards: “Hopefully I can break it again.”

Pat Eger on why the WVU-Maryland series is important: “This is the only border war that we have left.”

WVU’s Kyle Rose downplaying the adrenaline boost from playing in an NFL stadium: “It’s a great venue, but it really doesn’t matter where we play. I could care less if we played in a high school stadium down the road—it’s football. It doesn’t matter if there’s five people there or 5,000 or 50,000.”