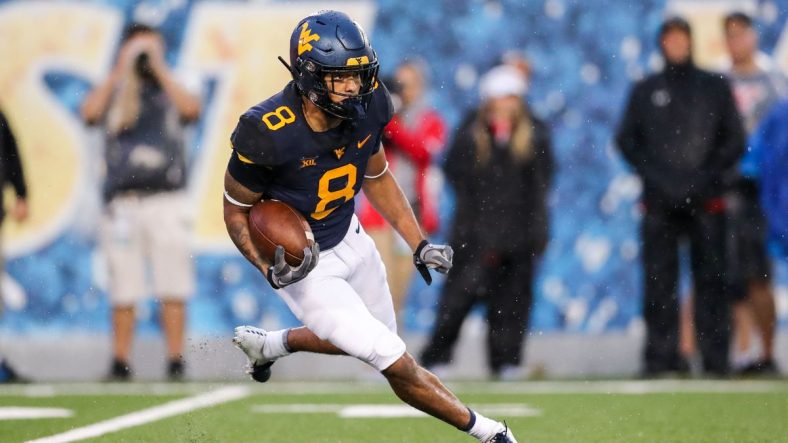 According to Tom Pelissero of the NFL Network and NFL.com, Marcus Simms, former West Virginia wide receiver, will sign with the Jacksonville Jaguars of the National Football League.

Pending a physical tomorrow, Simms will join a Jaguars team in search of playmakers and wide receivers to team up with free agent quarterback signing Nick Foles.  Simms had several offers after today’s supplemental draft ended and decided that the Jaguars gave him his best chance of competing for a position on the team.

While at WVU, Simms played in 33 career games, including 10 starts.  He averaged 63.5 yards and 4.2 catches per game last year and was the 3rd leading receiver for the Mountaineers with 46 catches, 699 yards and 2 touchdowns.  Simms would have likely been WVU’s go-to receiver this year, but he instead chose to enter the Transfer Portal before ultimately deciding to enter the NFL’s supplemental draft, which he was not drafted in.