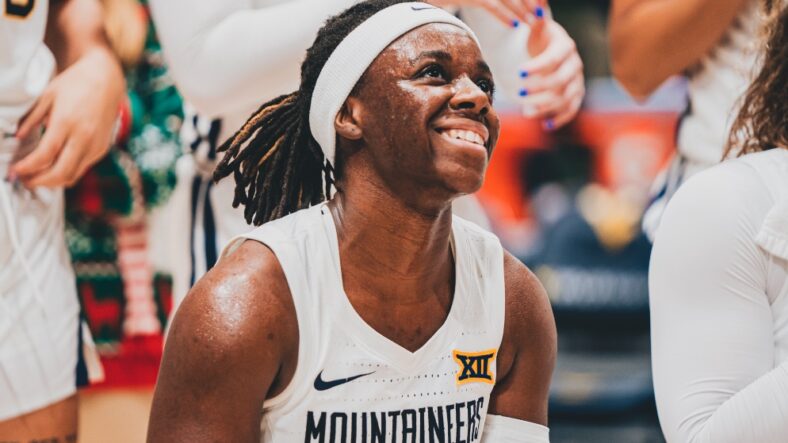 MORGANTOWN,WV—–The West Virginia Mountaineer Women’s basketball team cruised to a 72-42 victory over visiting Robert Morris University from Pittsburgh Thursday night. The win left the Mountaineers with a 7-1 record. Robert Morris dropped to 6-3. WVU is still undefeated at the Coliseum.

Fifth year guard Madisen Smith scored her 1,000th point in the third quarter in the rout over the Colonials. She was the 39th 1,000 point scorer in WVU  women’s basketball history. Sophomore Kyah Watson scored 16 points followed by Jayla Hemingway with 14 points and 11 rebounds. Guard Danni Nichols also made history as she broke 500 career field goals playing for Western Illinois last season and now for WVU.

WVU led 21-5 after the first quarter but the Colonials outscored West Virginia 16-11 in the second quarter. The Mountaineers led at the half 32-21.  WVU heads to State College to take on Penn State Sunday December 11 at 4 p.m.