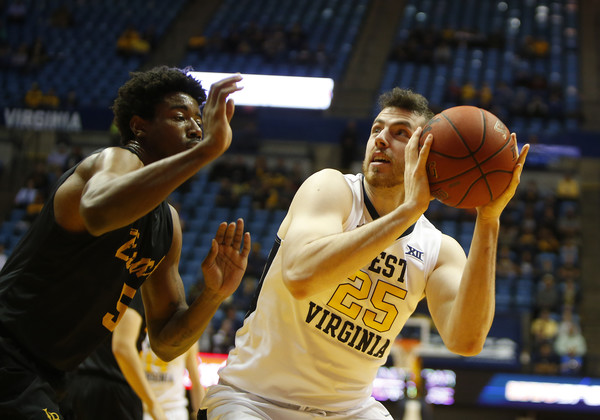 After two seasons in Morgantown, Maciej Bender has requested his release and is set to move on from the West Virginia men’s basketball program.

The move was announced the WVU Basketball official Twitter account on Monday. It included a statement from Bob Huggins.

“We have enjoyed Magic and his contributions to Mountaineer basketball,” Huggins said. “We wish him the best in his future endeavors.”

During two seasons, the 6-foot-10 forward from Warsaw, Poland played in 58 games. He started in just one game. During his sophomore season, he never played more than 18 minutes in a game.

His averages over two seasons were 1.3 points, 0.9 rebounds and had a total of 19 blocks and 15 assists.

Bender had a very limited role, but he was a member of two West Virginia teams that made it to the Sweet 16.