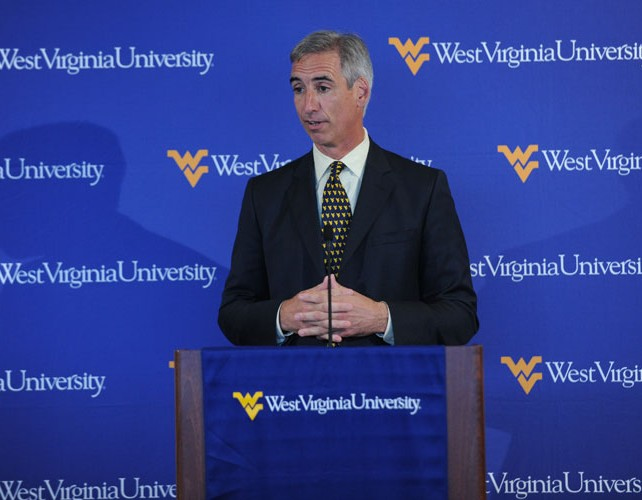 WVU Athletic Director Oliver Luck has been named a member of the inaugural college football playoff selection committee.
Check out the link for more information.

“We wanted people of the highest integrity for this committee, and we got them. Every one of them has vast football knowledge, excellent judgment, dedication and love for this game,” said Bill Hancock, executive director of the College Football Playoff. “They will no doubt have one of the hardest jobs in sports. But their skills and wide variety of experiences—from coaches and athletes to university leaders and journalists—will ensure that they will be successful. And they are committed to investing the time and effort necessary for this endeavor. We are grateful that they will be serving this terrific game of college football.”

Unlike the BCS, which uses a formula based on a combination of computer rankings and human polls to select teams, selection committee members for the new playoff will have flexibility to examine whatever data they believe is relevant to inform their decisions.  Among the many factors the committee will consider are win-loss record, strength of schedule, head-to-head results, and conference championships won.

Although the exact timing has yet to be determined, the selection committee will meet several times in person to evaluate teams and prepare interim rankings during the regular season.   It will meet again during selection weekend and will announce the pairings for the playoff.

There were five categories of individuals: People with experience as (1) coaches, (2) student-athletes, (3) administrators, and (4) journalists, and also (5) sitting directors of athletics.

The management committee gave careful consideration to the standards for membership and identifying individuals who matched the criteria.  The top-priority criterion was integrity.  Among the other valued attributes was football expertise, objectivity, ability to carefully evaluate and discern information, and experience in making decisions under scrutiny.  Prospective members were asked to commit significant time to the endeavor.

In the spring of 2013, each FBS conference was invited to submit a list of up to 15 potential candidates.  Those individuals comprised the preliminary list of nominees.  The management committee reduced that list of approximately 100 names to a shorter list. The management committee reviewed this short list and then authorized Hancock to begin contacting prospective members to gauge their interest in serving.

After discussions with prospective members, formal invitations were extended.

The management committee felt strongly that the service of current athletics directors (ADs) on the selection committee was essential for its success, since ADs are experts in college football and have careers spanning different schools, conferences and levels.  However, it is important to note that ADs will not be representing their respective conferences; rather, each member of the committee will represent college football as a whole.  The number and ratio of the ADs on the selection committee was agreed to by the management committee.

The selection committee chair was chosen by the management committee.

Length of Service on Selection Committee:

Formal term limits will be established for the committee members at a later date. Generally the term will be three years, but some will be shorter and others will be longer initially, to achieve a rotation.

The College Football Playoff will begin with the 2014-15 season. A committee will select the four participating teams.  The No. 1 seed will meet No. 4, and No. 2 will face No. 3.  The semifinal games will rotate annually among bowl games in Atlanta, Dallas, Miami, New Orleans, Pasadena and Phoenix.  The first semifinals will be played January 1, 2015 at the Rose Bowl and Sugar Bowl. The first national championship game will be played January 12, 2015 at AT&T Stadium in Arlington, Texas.