After the Loss to Iowa State and Win Over Baylor, Where are the Mountaineers Headed? Austin 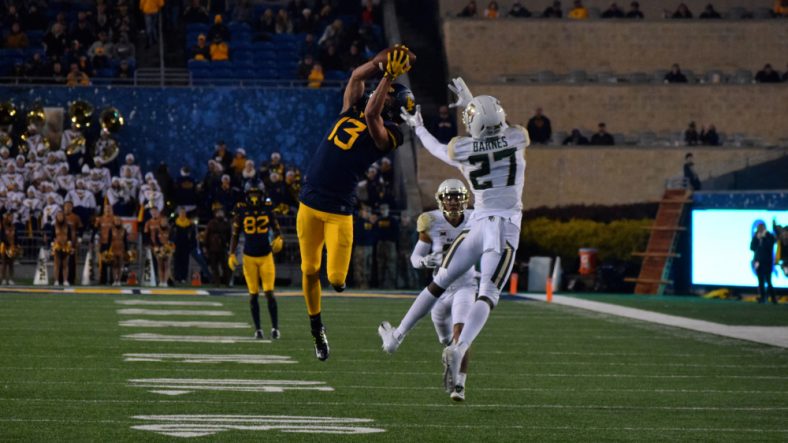 The last two games for the West Virginia football team have been very up and down. West Virginia took a No. 6 ranking into Ames, Iowa to take on the 2-3 Iowa State Cyclones. The final result? A 30-14 beatdown at the hands of the Cyclones.

Up next was a visit from the upstart Baylor Bears. The Bears were coming off a near upset on the road against the highly-ranked Texas Longhorns. Coming off an embarrassing performance against Iowa State, West Virginia finally looked like the world-beaters its fans were hoping for all season. The Mountaineers raced out to a 41-0 lead at the half. Will Grier had three touchdown passes and another rushing score before the half. FINALLY, the Mountaineers were looking like the offensive juggernaut their fans were hoping for.

Over the last two games the Mountaineers have experienced some serious highs and lows. First, let’s take a closer look at the game against Iowa State.

Sure, the West Virginia defense was gashed against the Cyclones, but that’s to be expected when you are on the field for 37 minutes. The shocking part of this loss was the Will Grier-led Mountaineer offense being completely shut down. Will Grier was sacked seven times. It seemed as if he spent most of the night dropped back to pass waiting for someone to come open. The problem was no one ever came open. West Virginia was 1-for-10 on 3rd downs. It was brutal on offense to say the least.

The rushing game was no better. West Virginia averaged 1.9 yards per carry on the ground. Sure, that was skewed by the yardage lost on Grier’s seven sacks. Kennedy McKoy led the Mountaineers with 55 yards on nine carries. Freshman stud Leddie Brown did not get a single carry. Many Mountaineer fans were calling for offensive coordinator Jake Spavital’s head after this game and for good reason.

Normally when a top ten team loses on the road turnovers play a huge part in it. Both West Virginia and Iowa State had one turnover. This wasn’t a case of a few costly mistakes costing West Virginia the game. Iowa State dominated the Mountaineers on all fronts.

To West Virginia’s credit, maybe Iowa State is a team that took a while to figure it out. Make no mistake, they aren’t a top ten team, but they did follow up the win over West Virginia with a win over Texas Tech at home, by a score of 48-42. That said, Texas Tech had zero problem going up and down the field against Iowa State. Why was WVU completely shut down by this defense?

Then there was the game against Baylor. Really there isn’t much that needs to be said about it. The West Virginia offense was incredible, scoring at will. The Mountaineers rolled up 568 yards of total offense, including 436 yards in the first half. Grier was 17-of-27 for 353 yards and three touchdown passes. Jack Allison came in and went 4/4 for 43 yards and a touchdown pass to go along with this moment:

And now the Mountaineers are on to Austin. The Texas Longhorns are another team that has been up and down. While the Horns own a win over Oklahoma they also lost to Maryland while narrowly defeating Tulsa and Baylor. Oh yeah and this past week they lost to an Oklahoma State team that was blown out by Texas Tech and Kansas State and also lost to Iowa state.

West Virginia had a chance to get a road win over a top ten team before Texas lost at Stillwater.

What do the Vegas oddsmakers think about this game? They think it’s basically a tossup. Texas is listed as a 2.5 point favorite. I’d say that’s pretty fair. With Texas having a home win over Oklahoma, it’s hard to imagine the Mountaineers coming out as favorites in Austin.

Heading into Austin, West Virginia has a great chance to establish some serious momentum and get the inside track to a minimum of at least an appearance in the Big 12 Championship.

After that failure in Ames, the Mountaineers still have everything to play for.