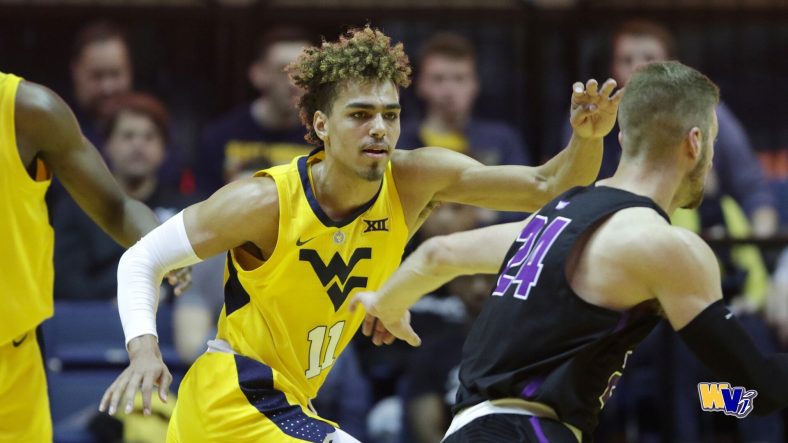 With the Mountaineers looking to bounce back from a 15-21 season, coach Bob Huggins is making no secret he has some high expectations for Emmitt Matthews.

“I would think today that he’s our most improved guy,” Huggins said, according to WV Metro News. “He’s more aggressive. He’s gotten stronger. When you look at him, he may have grown a little bit. He really wants to be good. That’s the biggest thing. When you play and you see the fruits of your labor, so to speak, it kind of energizes you a little more. I think that’s where he is right now.”

#WVU basketball: 'Most improved' Emmitt Matthews has his confidence back https://t.co/nZVJc0tEcv

Well, it turns out he made an improvement in the offseason that most rising sophomores can dream of: he grew about six inches.

Remember, Matthews played a big role in the WVU upset over eventual national runner-up Texas Tech in the Big 12 Tournament. Going up against NBA lottery pick Jarrett Culver, Matthews had 28 points and 8 rebounds.

Phase 2 of “Shock the World” is complete.

Behind a career-high 28 points from Emmitt Matthews, No. 10 @WVUhoops pulls off the upset over No. 2 Texas Tech, 79-74. The Mountaineers are headed to the #Big12MBB semifinals. pic.twitter.com/spZYfgdbjL

During his freshman season it was easy to see that Matthews is a very talented guy with great length and basketball skills. Adding two more inches makes him more dangerous in many different ways.