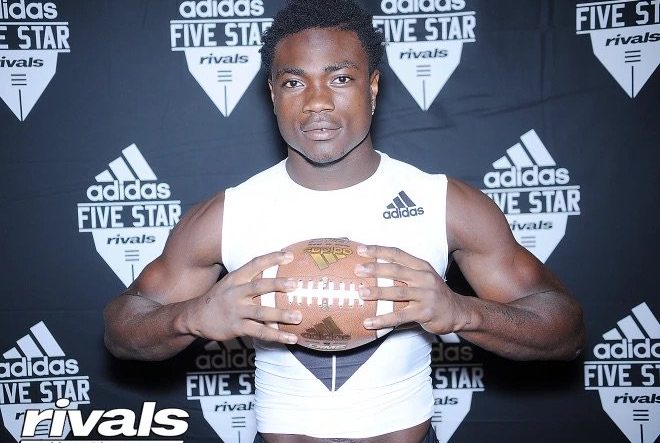 Lee Kpogba is a Rivals250 linebacker who is from Winston Salem, NC and had been committed to the Mountaineers for almost a year. According to high head coach, the linebacker has decommitted from West Virginia.

The general feeling is that Kpogba wants to explore all of his options and he feels like that is difficult to do while still committed to WVU.

Put Tennessee as one of the schools that will be on in him heavily. Florida State and Syracuse have been recruiting him heavily as well.

Kpogba took to Twitter to confirm that he is decommitting from “The University of West Virginia.” A mistake that drives Mountaineer fans crazy.

Since he had been committed for almost a year, this surely comes to a surprise to Dana Holgorsen and staff.

No matter what the young man decides, good luck to him in the future. Also, don’t rule out him ending up in Morgantown. Someone who remained committed that long obviously has a soft spot for West Virginia University.

If he comes back and dominates in a Mountaineer uniform, we’ll do our best to forgive him for the University of West Virginia mistake.