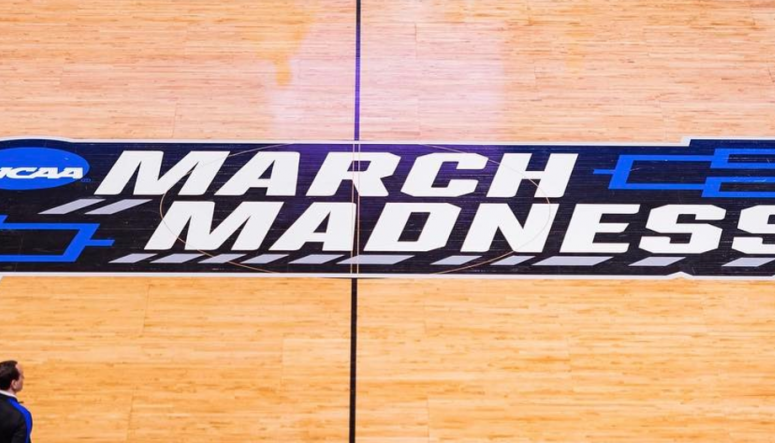 With the regular season wrapping up, March Madness is drawing closer. In fact, Joe Lunardi just released his latest Bracketology with conference tournaments on the way.

After the road loss to Texas, West Virginia holds strong at a 4 seed. They are slated to take on Murray State and be part of the East region. With a win, West Virginia would take on the winner of Florida and Louisiana. The first two rounds would be in beautiful San Diego. That’s quite the haul for West Virginia fans. A Sweet 16 matchup against Villanova would be very likely if the Mountaineers were able to get two wins. 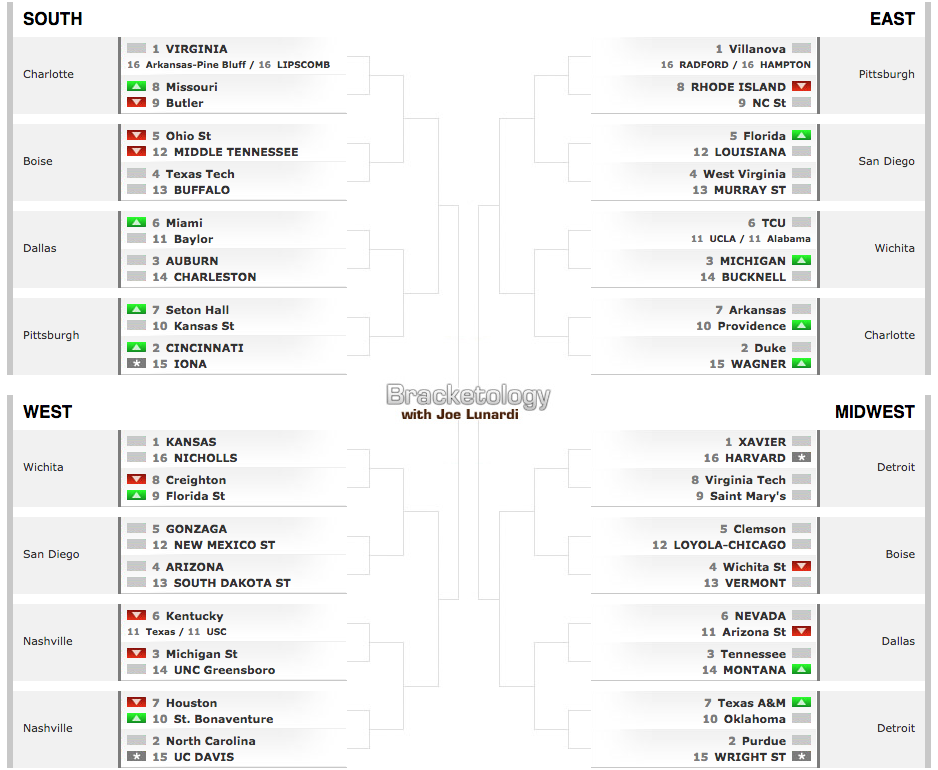 Other notable teams in the East region include No. 2 Duke, No. 3 Michigan and No. 6 TCU. Having Villanova and Duke as the top two seeds makes this an extremely tough region. Many project Duke as a No. 1 seed. During the second half against UNC, the Blue Devils made a great case for being the best team in the country. Then when you consider No. 3 Michigan is one of the hottest teams in the country, a great case could be made for this to be the toughest region.

Right now, the Big 12 has eight teams in the NCAA Tournament. That is tied with the SEC and ACC for the lead. When you consider the Big 12 has 80% of their league slated to be in the Big Dance, that’s an incredible statistic. By comparison, the ACC has 15 teams and the SEC 14. Additional to that, Oklahoma State is listed in the “First Four Out.” With a win over Oklahoma in their opening round game of the Big 12 Championship that would put the Big 12 in position to get nine teams in the tournament. Texas needs a win over Iowa State in their opening round game to secure a tournament berth. A loss almost certainly puts them on the outside looking in. Regardless, if the Big 12 gets eight teams in the tournament, they will be the first time a conference had 80 percent of their teams get tournament berths.

So as far as what West Virginia can do to move up and get a higher tournament seeding, a Big 12 Tournament championship would very likely get them to a three-seed. It all depends on how the teams above them perform. With their recent play, it’s hard to imagine Michigan going in any lower than a No. 3. Perhaps a loss early in the SEC tournament by Auburn or Tennessee would open the door for West Virginia to jump them for a three seed. All things considered, a No. 4 is very likely for the Mountaineers when they start the tournament. I, for one, would like to see them placed in a bracket that does not contain both Villanova and Duke. Though who wouldn’t want to see Sags Konate lock horns with Wendell Carter Jr and Marvin Bagley III? If Konate wants to prove he’s NBA-ready, there’s no better way to do it than by taking it to those two studs.

Up next for the Mountaineers is their opening game in the Big 12 Tournament against Baylor. Tip off is slated for 9 p.m. EST on Thursday in Kansas City.