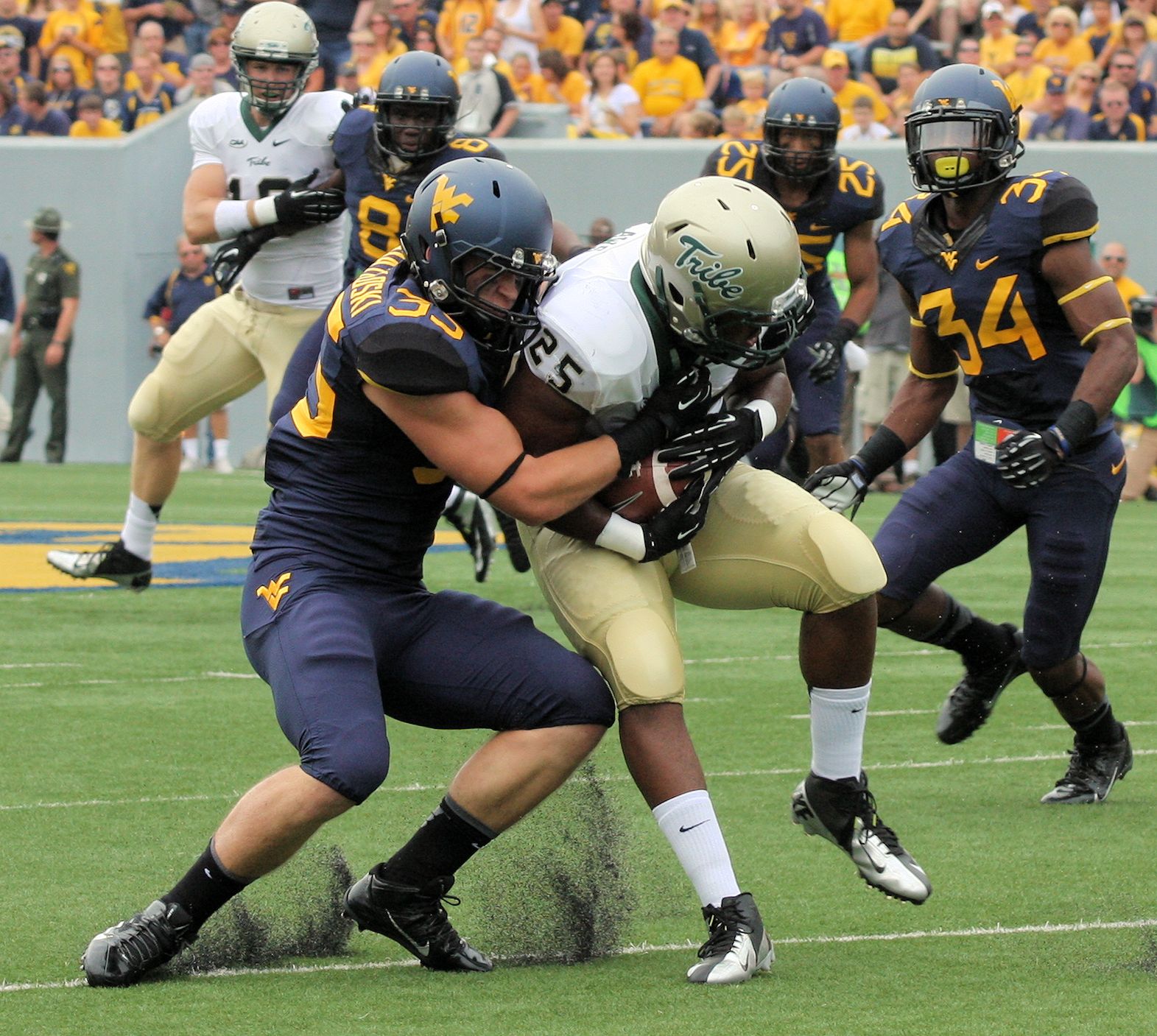 Kwiatkoski needs to come up big for WVU defense

Kwiatkoski needs to come up big for WVU defense

Kwiatkoski led the way with 7 tackles in week 1. Let’s hope he keeps adding to his great numbers.
Check it out:

If West Virginia University is to beat Oklahoma this Saturday night in Norman, Nick Kwiatkoski is going to have to have the game of his life, and the former Bethel Park star may just be up for it.

As the Sam linebacker, the run-happy Sooners will test him, just as William & Mary did in the opener, a rather bad decision on their part as he made the second tackle of the season for WVU and took it from there to be the Mountaineers’ leading tackler in the game.

But do not confuse William & Mary with Oklahoma.

The Sooners have a stable of big-time running backs and quarterback in Trevor Knight who has yet to prove himself as a passer but was their leading rusher with 103 yards in their 34-0 opening victory over Louisiana-Monroe.

Kwiatkoski knows what he and WVU are up against.

“Three different running backs, all have different styles of running. Our biggest focus right now is knowing who is in the game and what their strengths are,” he said.