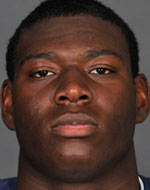 Kinsey ‘starting to believe in himself’

Kinsey ‘starting to believe in himself’

Looking forward to what he can add to the team this year!
Check it out:

Toward the end of West Virginia’s preseason camp, coaches noticed a new-look defensive end showing pass-rush moves that were explosive and disruptive.

Hyman, the junior college transfer with impressive measurables, may soon develop into a wrecking force, but it was sophomore Eric Kinsey who developed into the starting defensive end opposite Will Clarke.

“I think (Kinsey) is coming out of his shell a little bit with confidence and starting to believe in himself,” said defensive line coach Erik Slaughter. “You’re seeing a guy with a lot of talent growing up and having confidence in that talent.