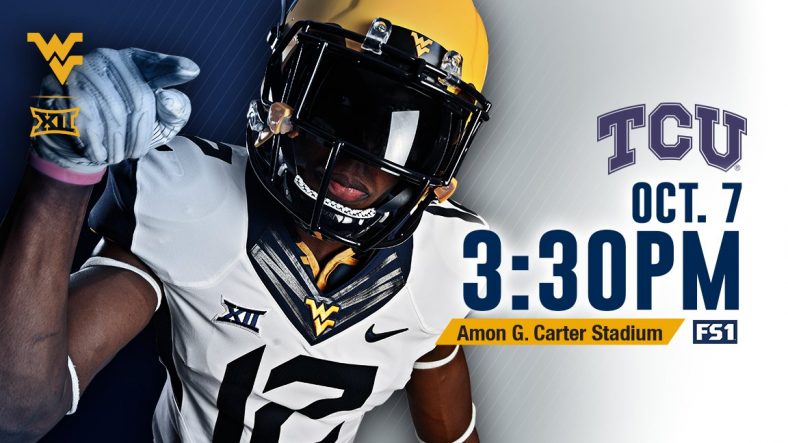 Up until the October 7 showdown with TCU, every Mountaineer football game has been scheduled at noon. The kickoff time for the meeting between the No. 23 Mountaineers and No. 9 TCU will at a 3:30 EST in Fort Worth.

The game will be televised on Fox Sports 1.

On Monday when asked about West Virginia, TCU head coach Gary Patterson said WVU is “very, very good at what they do.” Patterson and his team have began preparing for the Mountaineers as they will face off after the bye week.

The next home game for the Mountaineers will be Saturday October 14 against Texas Tech. There are still tickets available for this game at WVUGame.com. This game will be a Stripe the Stadium game, brought to you by WVU Medicine. 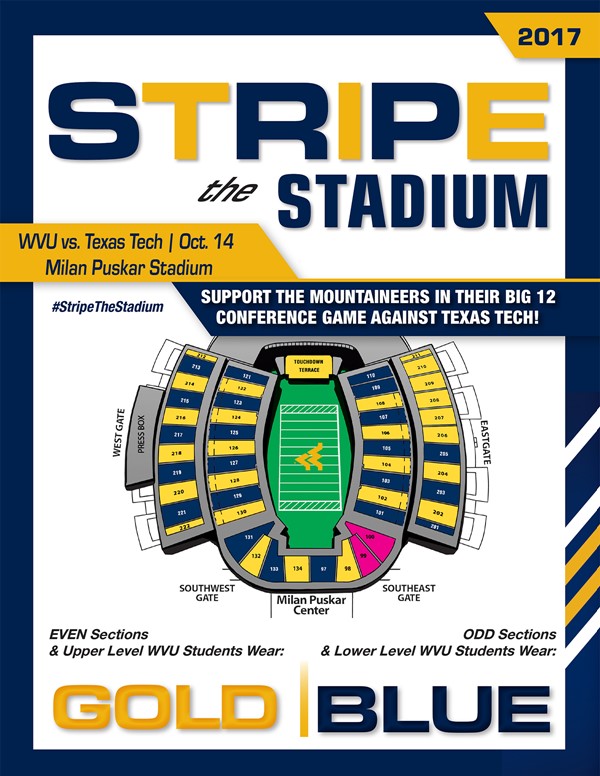 Coach Dana Holgorsen delivered some bad news Monday when it comes to freshman linebacker Brendan Ferns. He is undergoing his second major surgery in two years as a Mountaineer.

He injured his shoulder during the 56-34 win over Kansas. Several injuries happened to the Mountaineer defense, which resulted in inexperienced players all over the field.

“Unfortunately, he’s going to have to have shoulder surgery. This is two years in a row,” coach Dana Holgorsen said about Ferns. “That’s football. There’s risk involved in it. Obviously we don’t want to lose anybody, but people are going to. He was one of our most valuable special teams guys, playing as much or more snaps as anybody.”

Before his true freshman year Ferns suffered a serious knee injury  during the preseason, causing him to miss the entire season.