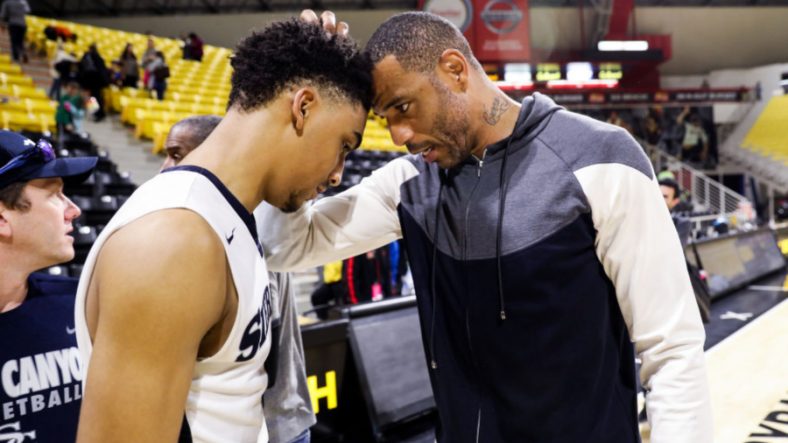 Kenyon Martin, Jr. had offers from Cincinnati, Georgetown, Florida State, Memphis, TCU, UCLA, Vanderbilt, Oklahoma, Oregon State, USC, Nevada, Memphis, UC-Santa Barbara and West Virginia.  The only school that he’s visited so far on an official visit is West Virginia back in October of last year.  Rivals FanCast is at 93% for WVU.  Today, he narrowed his list to TCU, UCLA, Vanderbilt and West Virginia.  Martin averaged 16.1 points and 7.9 rebounds per game for Sierra Canyon.  Described as a “dunking, rebounding and shot-blocking machine”, his motor and energy are what really sets him apart from other players.

With his outstanding pedigree and athleticism, Kenyon Martin, Jr. will likely be Bob Huggins’ next big target and it appears that the odds of landing him are very high.  Click the video below to see what the future in the Coliseum looks like: