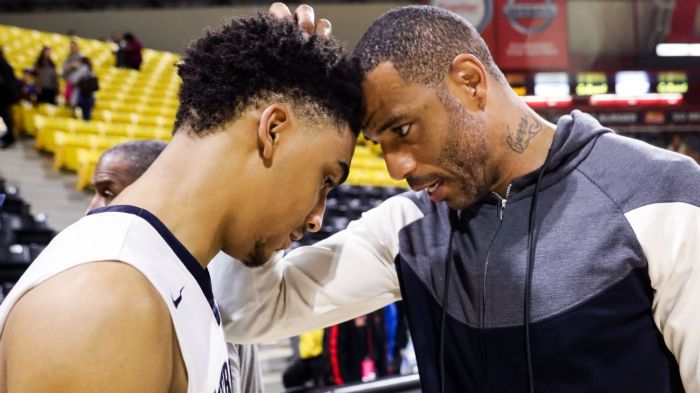 Kenyon Martin, Jr. is not going to play professionally overseas afterall.  Instead, he will enroll at IMG for a post-grad year and then enter next year’s 2021 NBA Draft.

This is the third time that Martin has changed his mind in the past few months.  Before deciding to play professionally overseas, Martin Jr. made his decision between WVU, TCU, UCLA and Vanderbilt. He initially planned to play for the Jerry Stackhouse-led Commodores, but that didn’t pan out.

Martin is a 3 star recruit and although extremely explosive and athletic, needs a lot of work before considering the NBA.  He has decided that this year at IMG will better prepare him for the NBA than a year at Vanderbilt or overseas.

Kenyon Martin Jr. will attend IMG for a post-grad year and enter the NBA Draft next spring

Mountaineer fans would love to have seen K-Mart Jr. in Morgantown, but it’s great to see him doing exactly what he wants and pushing a step closer to his dreams of one day playing in the NBA. Best of luck, Kenyon!