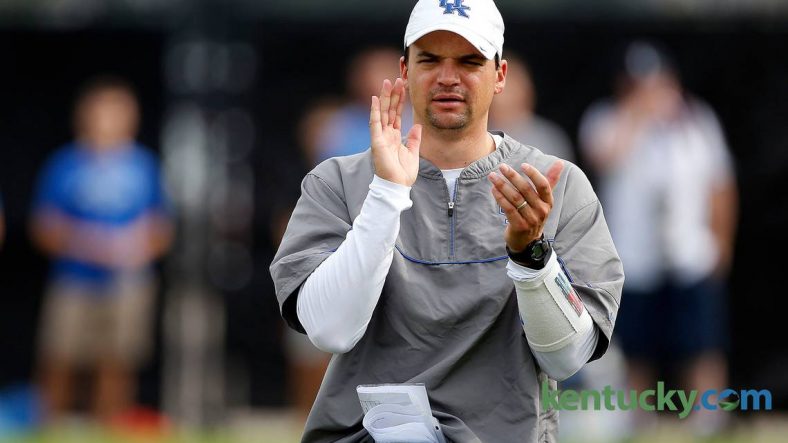 When Neal Brown became the Head Coach of the West Virginia Mountaineers, signing a contract that runs through 2024, West Virginia fans assumed that Brown would be in Morgantown until at least 2024.

Whether Brown leaves now or in the future, Kentucky is his ideal final destination. Mark Stoops, Kentucky’s Head Coach, is one of the top finalists for the Florida State Seminoles job and he will almost certainly leave for Tallahassee if they want him.  The same can be said for Neal Brown if Kentucky loses Stoops and pursues West Virginia’s Head Coach.

Brown would be a fool to not consider Kentucky.  Kentucky plays in the SEC, has donor money galore, he’s played there, he’s coached there, Kentucky is his home.  Unless Brown is truly only here in Morgantown to rebuild the football program, making more money in a better football conference in his home state makes all the sense in the world.

Mark Stoops, whether he takes the Florida State job or not, will not always be in Kentucky.  Kentucky is not a destination job for him.  His success rebuilding the program will lead to better offers and he will eventually take one of them.  Kentucky will have an opening, donors willing to pay any buyout deals and they will come after a coach that is young, talented and if he’s familiar with the program and the state of Kentucky, even better.

Neal Brown to Kentucky at some point makes too much sense.  If Brown’s $4 million buyout seems high, Florida State donors just dished out $17 million to pay off Willie Taggart’s buyout just so they could fire him.  Kentucky has more than enough money and big enough donors to pay off Brown’s measly $4 million buyout.

Despite rumors circulating that Bob Stoops, Mark’s brother, has accepted the position at Florida State, that is simply not true.  When asked by reporters yesterday whether he was considering the Florida State job, Mark Stoops said, “It’s something that you don’t really want to address in-season.  You know, I guess it’s better than the alternative. For us, and myself, it’s 100 percent concentration on Tennessee. That’s all I want. That’s all I want our team to focus on. That’s all you can do.”

That’s “coach speak” for “hell yes I’m interested and will take it if offered.”  Mark Stoops is right at the top of Florida State’s short list and he very well might get the position if Florida State swings and misses on their big targets.  Kentucky could have an opening very, very soon, and that’s when  it’s going to get very interesting in Morgantown.