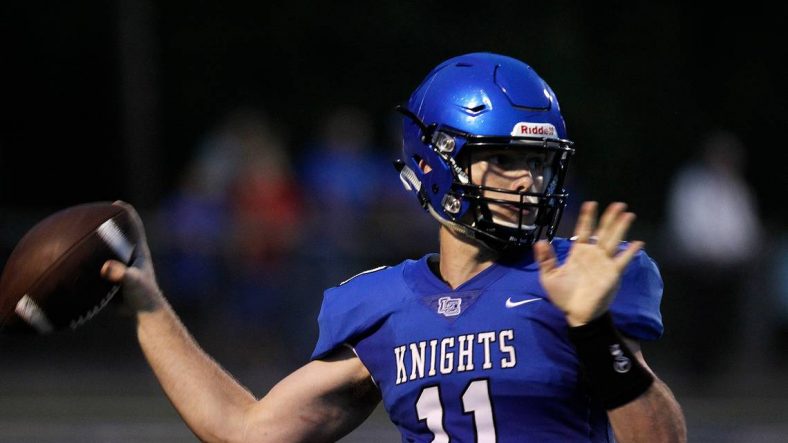 Class of 2020 Kentucky four-star quarterback Beau Allen has spent more than two years doing visits and attending camps. He’s finally ready to announce his college decision. The announcement will be made Monday at 3:30 p.m.

I will be announcing my commitment this Monday, May 6th at 3:30 at Lexington Catholic High School.

There are four teams in the running for the Lexington Catholic (KY) quarterback: Duke, Kentucky, Washington State and West Virginia. The Mountaineers are probably very grateful they are up against these three teams in football and not basketball.

While those are three decent enough football teams the Mountaineers are up against, there were some college powerhouses offered Allen including Michigan, Wisconsin and Georgia.

Rivals caught up with Allen and he commented on each team. Here is what he had to say about West Virginia:

West Virginia: “Coach Browns main message to me is that I would go great with there offense and their program. I really like the people around the program and the fans and the offense.

Rivals has Allen ranked as the No. 15 pro-style quarterback in the class of 2020. Out of the four recruits WVU has in the 2020 class is three-star quarterback Garrett Greene. The Mountaineers are attempting to land two quarterbacks in the class with both Austin Kendall and Jack Allison rising juniors.

Stay tuned Mountaineer fans as tomorrow Neal Brown is looking to land the second big-time quarterback of the class of 2020 to bring to Morgantown.