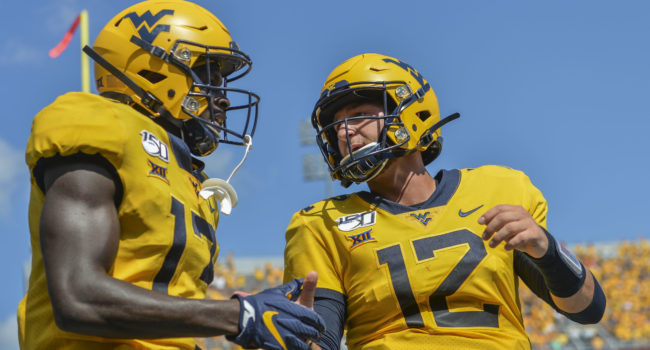 Austin Kendall has made the great state of West Virginia very proud with his toughness and determination during a very rough, challenging 2019 football season.  Although the team is 3-6 and its offense is among the worst statistically in the nation, Kendall’s play has been admirable.

Kendall’s statistics are a bit deceiving; 187/304 (61.5%), 1,989 yards, 12 touchdowns and 10 interceptions doesn’t tell the whole story.  Kendall, who has the 103rd ranked quarterback rating in the nation, has played behind a piecemeal offensive line and surrounded by young, inexperienced playmakers.

Kendall hasn’t placed the blame elsewhere and has continued to be a strong, silent leader in the locker room and on the field.  In a new offense and under the circumstances of this team, it would be nearly impossible for any quarterback to succeed.

Facing constant criticism from West Virginia fans hungry for immediate results, Kendall has gone out on the field and represented the Mountaineers in a way that should make all West Virginians appreciative.

Neal Brown is as frustrated with the results that he’s seen on the field as anyone and he will always put the best player(s) on the field to win football games.  Austin Kendall clearly gives the Mountaineers the best chance of winning and Brown – regardless of the cries for Jarret Doege and Trey Lowe – will continue to go Kendall.

Austin Kendall, in a frustrating, difficult season, has been an absolute rock, a tough, resilient stalwart on a team that desperately needs him.  For those questioning whether Kendall should be replaced as the starter, let Neal Brown coach the team, and continue to encourage and support Austin Kendall, who has absolutely put everything he has on the field every week for West Virginia University and our state.