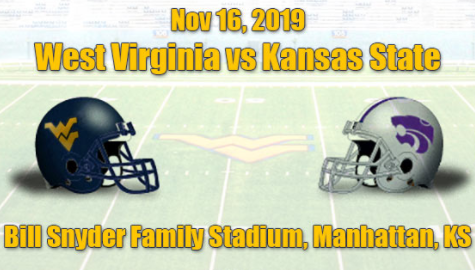 The Mountaineer struggles continue against a Kansas State team that is just better than this version of WVU.  After a two-game losing streak early in the season, the Wildcats have won three of their last four, despite dropping their last game in Austin to the Texas Longhorns by a score of 27-24.

Same story, different day for the Mountaineers.  An inspired defense will do what they can to keep WVU in it, but Kansas State pulls away in the third quarter.

Look for Doege to get plenty of snaps, but ultimately no one is able to succeed behind this offensive line, resulting in people thinking maybe Austin Kendall isn’t so bad after all.

West Virginia hit the low point in “Trust of “The Climb” last week in the Mountaineers’ 38-17 home loss to Texas Tech.  The Red Raiders scored touchdowns on their first four possessions in a game that wasn’t even as close as the blowout score reflects.

Now WVU goes on the road to face Kansas State (6-3, 3-3 Big 12).  Preseason predictions expected the Wildcats and Mountaineers to be neighbors near the basement of the Big 12 standings.  WVU (3-6, 1-5) is there, tied with Kansas for last place.  But KSU has been better than expected, highlighted by an upset win over Oklahoma. earlier this year.

WVU coach Neal Brown is expected to start Austin Kendall at quarterback for the 10th straight game.  How short Kendall’s leash will be is unsure, with Jarrett Doege now in the mix at QB.  But even if Doege is an upgrade over Kendall (possible), the Mountaineers offense is littered with offensive line, receivers and running game problems that the difference is likely negligible.

If WVU can’t be competitive at home against TTU, one of the worse teams in the conference, a road game against middling Kansas State figures to border on the hopeless.

I’ve predicted this multiple weeks this season, but today is the day that the Mountaineers break out and get Neal Brown his first truly shocking win of the season.  NC State was a nice win, but it wasn’t shocking.

This will be a close game, but look for Neal Brown to pull out all his tricks today in his offensive play-calling and expect for Vic Koenning’s defense to play far better than they did in the loss at home last week to Texas Tech.