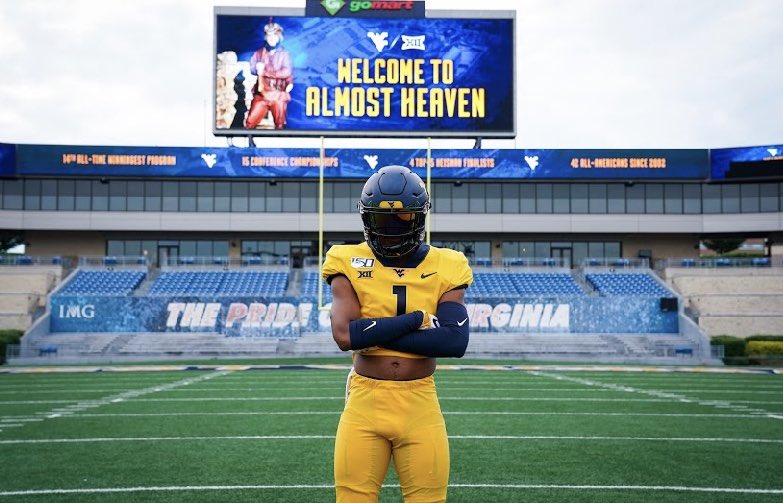 Kris Abrams-Draine, a 6’1 170 pound wide receiver from Spanish Fort, Alabama, has made it abundantly clear that West Virginia is very high on his priority list.  After releasing his “top 7 teams” in May, he has left several clues on Twitter that the Mountaineers are the leaders for his services.

His visit this past weekend to Morgantown went exceptionally well and he has since posted pictures and not-so-cryptic messages on his Twitter feed.

WVU commit S.L. McCall IV posted a message on Twitter stating that “West Virginia is the place to be!”  Abrams-Draine’s response?

“No capppp.”  According to Urban Dictionary, “No cap basically means that someone is not lying.  If a person makes a statement that you agree with, it’s appropriate to say ‘No cap’ to show that you agree with them.”  In other words, Abrams-Draine agrees that West Virginia is the place to be.

The other six teams that made his list include Tennessee, Florida, Florida State, Georgia Tech, Oregon and Ole Miss.  WVU’s top competition for Abrams-Draine are Tennessee and Ole Miss.

West Virginia’s lead recruiters for Abrams-Draine are Al Pogue and Xavier Dye.  This past weekend was a huge recruiting weekend for WVU and his visit obviously left a great impression on Abrams-Draine.