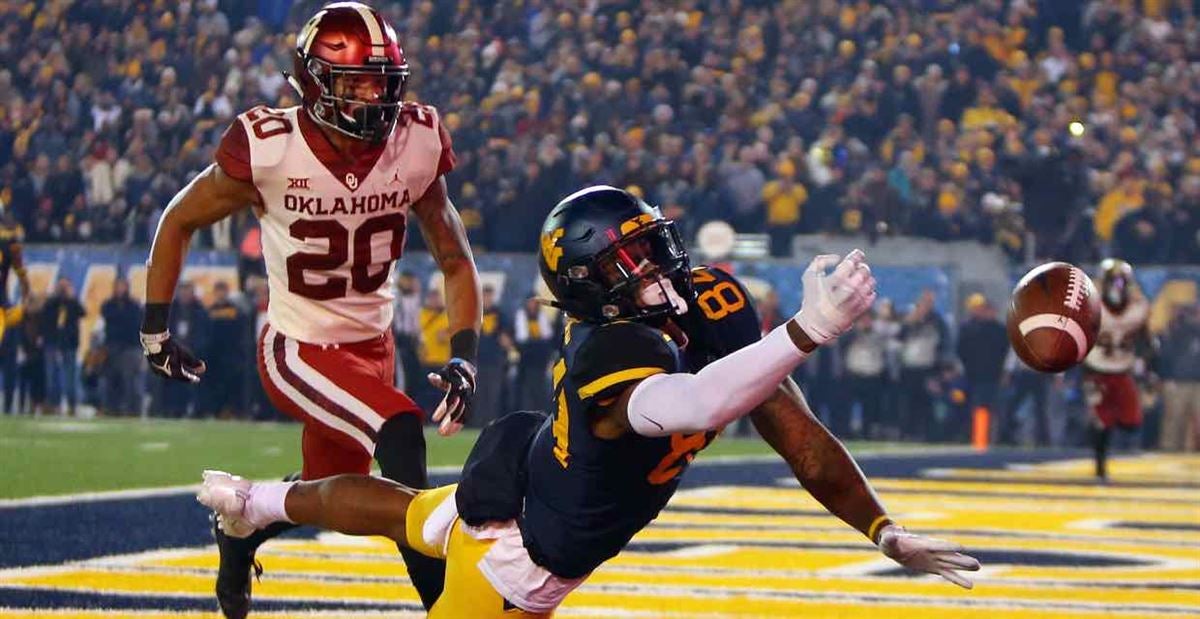 A top offensive weapon from the WVU football team allegedly ran from the cops before parking and fleeing the scene, according a to a report from Metro News.

Jovani Lee Haskins, 21, of Bergenfield, NJ, was charged with three misdemeanors by the WVU Police Department: reckless driving, fleeing from an officer and driving on the left side of the road.

On July 28 at 3:15 a.m. a WVU police officer spotted a white Audi A4 speeding on University Avenue. When in the turning lane of University and Campus avenues, an officer saw the car almost strike another vehicle.

A statement from WVU is expected later today.https://t.co/l8xLmvVblZ

The car was then stuck in traffic. This was when the driver turned down Ensign Avenue and and parked at the Metro Towers parking area. It was at this point when they driver decided to flee the scene.

After cross referencing the registration with WVU parking records and getting the description of the driver, police were able to determine it was Haskins. On top of that his student ID was found inside the vehicle.

“We are aware of the situation, and it will be handled appropriately and in accordance with West Virginia University’s policies and procedures surrounding student conduct.”

More on the story from Metro News:

Haskins was arraigned in Monongalia County Magistrate Court on Aug. 2 by Senior Status Magistrate Darris Summers. Bond was set at $2,500 and has been posted.

“We are aware of the situation, and it will be handled appropriately and in accordance with West Virginia University’s policies and procedures surrounding student conduct,” coach Neal Brown said in an official team release.

Appearing on the Mackey Award watchlist, Haskins is expected to be the top tight end for the Mountaineers after the loss of Trevon Wesco, who was drafted by the New York Jets in April. Haskins caught 16 passes for 148 yards and a touchdown in 2018.

Haskins has been practicing with the team during training camp, although he has been limited to non-contact drills.

There are a lot of questions here. Hopefully Jovani Lee Haskins is able to learn from this and move forward a better person.

Mountaineer fans and coaches are excited to see what Haskins to do now that he is stepping in for Wesco. Hopefully this did not completely derail those expectations.

Neal Brown Gets It
Haskins Arrested