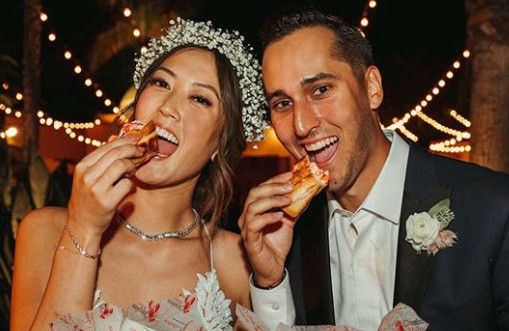 Darren Rovell took to Twitter to showcase the gift:

Michelle Wie married Jerry West’s son Jonnie this weekend. Nike made special pairs of “West + Wie” shoes for the groomsmen. Each groomsman also had his initials on the shoe. pic.twitter.com/wkNcJc4bAb

Congratulations to Jonnie and Michelle!

MR. AND MRS. WEST Y’ALL!!!! I love you HUSBAND with every living thing in my body and I didn’t think I could love you any more, but then I saw you at the end of the aisle and my heart exploded. #wiegoeswest •••••• 🌷💐🌸 by @royalbeeflower.co, 📸 by @hilaurenhello , my “something blue” @omega Seamaster