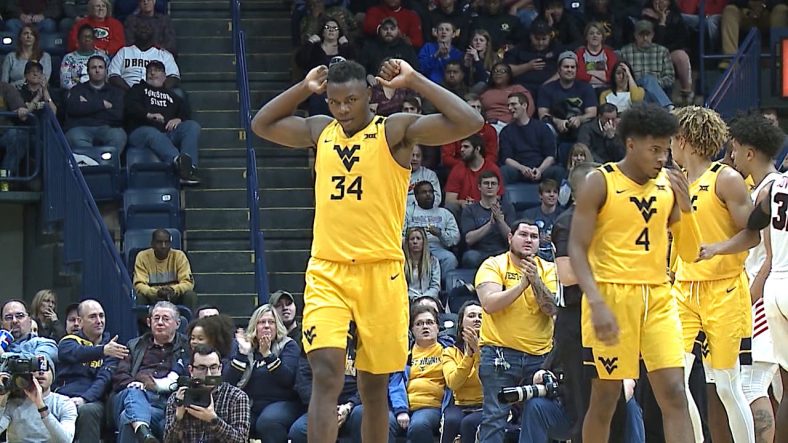 After last season, it has taken some time for some of the national pundits to notice the improved plays of the Mountaineers. Joe Lunardi is not among those who are sleeping on WVU.

“Joey Brackets” has Bob Huggins’ team slotted in as a No 4. seed in the East region in his latest release of ESPN Bracketology. The way the bracket is drawn up the Mountaineers would face Ohio State in the Sweet 16 were they to advance. WVU just so happens to be traveling to Cleveland for a neutral court showdown against the Buckeyes on Sunday.

Joe Lunardi has WVU as a 4-seed in this week's Bracketology.https://t.co/Mm2G8Bdol7

This is the fifth time in the last six years the Mountaineers have started the season 10-1.

The Mountaineers are off to a 10-1 start for the fifth time in the last six years.

The Mountaineers have two games coming up against Ohio State (Dec. 29) and Kansas (Jan. 4) who are both No. 1 seeds in Lundard’s projections. These are two great opportunities for the Mountaineers to add quality road/neutral court wins.

While it’s still early in the season it’s great to see the young Mountaineers making progress compared to last season. Despite last season’s struggles Mountaineer fans had expectations coming into the season and Bob Huggins has the team exceeding them.