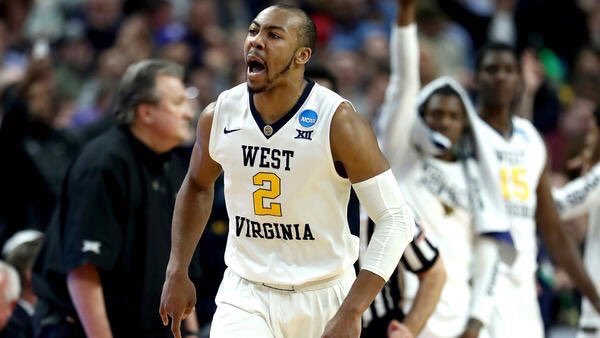 Saturday Jevon Carter locked horns with NBC Sports’ midseason National Player of the Year Trae Young. Carter led the Mountaineers to a win with his D on Young.

Great defense from Jevon Carter is nothing new. Last year he won the NABC Defensive Player of the Year award. On top of that he has been a selection to the Big 12 All-Defensive team three times. Now he’s getting even more exposure as NBC Sports named him to their midseason First Team All-American team.

“He’s a relentless bulldog” … what makes my guy Jevon Carter so special is that he takes every possession as a personal challenge pic.twitter.com/fR1xZ4xKgg

JEVON CARTER, West Virginia: Carter is the nation’s best on-ball defender playing in a system that needs all the on-ball defenders that Bobby Huggins can scrounge up. He’s also averaging 16.7 points, 6.9 assists, 5.7 boards and 3.7 steals for a team that is currently sitting in the top five of the AP poll. He has been absolutely superb.

The last time the Mountaineers were ranked No. 2 in the country? During the 1959 season when they had a guy named Jerry West running the show during his senior season.

Tuesday night the Mountaineers look to stay hot when Baylor pays the Coliseum a visit. The game is on ESPN2 at 7 p.m. EST.