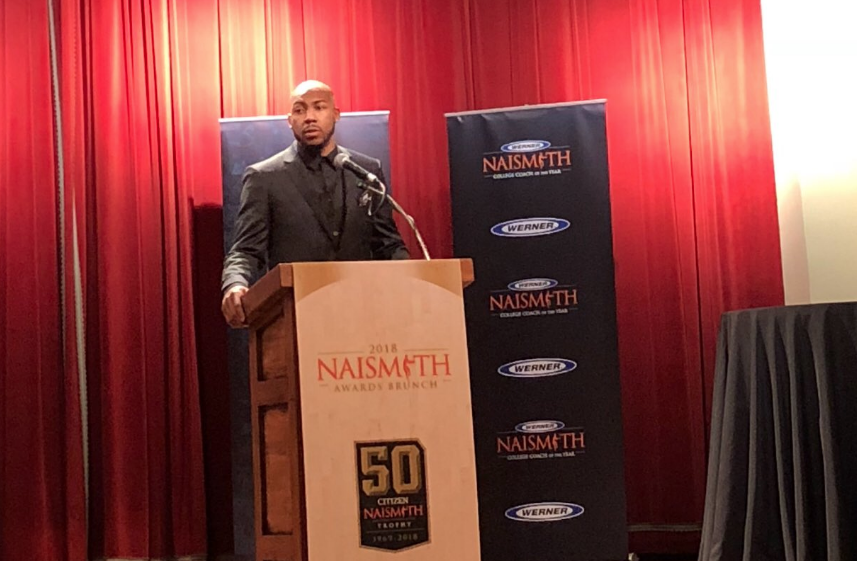 Congratulations to our first ever @NaismithTrophy Defensive Player of the Year, presented by @BonaBuzz, Jevon Carter of @WVUhoops!

It’s a very well-deserved honor for the senior leader. He is the all-time leader in steals at West Virginia. He is also the only player in Power 5 conference history to get 1,500 points, 500 rebounds, 500 assists and 300 steals.

Here is Jevon accepting the award:

Congrats to Jevon Carter as an incredible career as a Mountaineer and good luck moving forward in whatever he pursues.