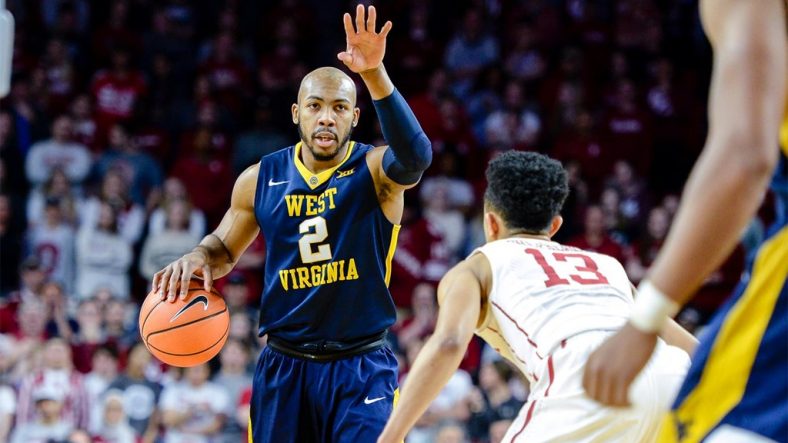 It’s been a great senior season for Jevon Carter and now he has the hardware to prove it. The leader of “Press Virginia” was named Big 12 Defensive Player of the Year along with being named to the First Team All-Big 12 roster. This is the second year in a row carter won the defensive player of the year award.

The Big 12 Defensive Player of the Year was hotly contested this year. Some were not sure if the award would be given out to Carter or his teammate Sagaba Konate. Then there was Mo Bamba of Texas who averaged 3.8 blocks per game. Carter was given the award based on not only his 2.9 steals per game, but he is the focal point of the Mountaineer press and many would say he’s the best on-ball defender in the country.

As any Mountaineer fans knows, there is more to Carter’s game than defense. He averaged 17.0 points per game and 6.5 assists per game this season. He also shot 38.3% from three-point range.

Devonte Graham of Kansas was the Big 12 Player of the Year. Bill Self of Kansas and Chris Beard of Texas Tech tied for Big 12 Coach of the Year. Trae Young of Oklahoma was named Freshman of the Year. Newcomer of the Year was given out to Malik Newman of Kansas. Along with Graham, Carter and Young, the rest of the All-Big 12 First team included Dean Wade of Kansas State and Keenan Evans of Texas Tech.

You know how good #Big12MBB was this year?

Here are the players that made the #Big12 one of the best basketball conferences in the nation. pic.twitter.com/pCfTMmDr1G

These awards are chosen by the coaches in the Big 12, with each coach not allowed to vote for their own player.