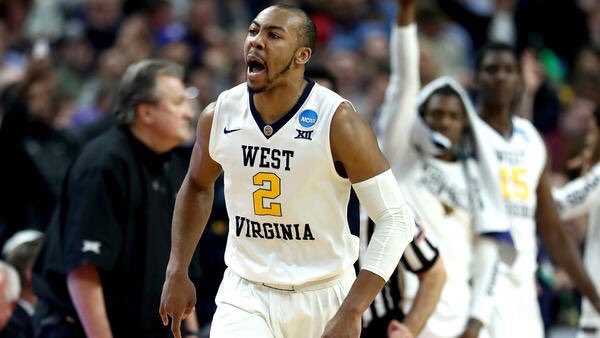 Jevon Carter had the kind of junior year that made turning pro an option. Despite this Carter always knew he was coming back for his senior season.

The versatile guard looked into the idea of entering the NBA draft. He participated in the NBA draft workouts during the offseason, but he claims it was never really something he was seriously looking into. It was more of a learning experience for him. While speaking with Keenan Cummings of Rivals.com, the process was never about actually leaving for the pros, but more to learn and see what he needs to improve on.

“Not at all. I always knew I was coming back,” the senior Mountaineer point guard said.

Going into his senior year Carter has hopes of going to the NBA, but whether he makes it there or not he will most likely be playing some type of professional basketball. By going through the NBA draft process he was able to see what he needs to improve on and will be able to target that in his final season as a Mountaineer.

“They want to see how well I can be a point guard, my leadership, my play making skills, my toughness and my defense,” Carter said.

The fact that NBA scouts want him to improve his defense could come as a surprise, seeing how Carter is the reigning NABC National Defensive Player of the Year and averaged 2.5 steals per game.

Carter is looking to take the final steps necessary for a pro career and have an outstanding senior year for WVU. Count Coach Bob Huggins among those who think he can do it.

“He’s playing really well. Passes it better, decision making is much better, he’s shooting the ball much better, his ball skills are much better – all the things you can get better with putting time in,” Coach Huggins said.

Jevon Carter is poised for a big senior year and it should be a fun season to watch.