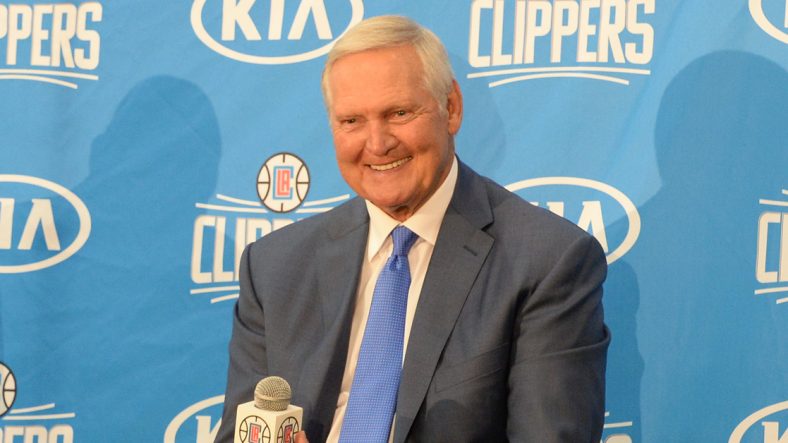 You can never underestimate Jerry West.  Not on the court for the Mountaineers so many years ago, not in the NBA playing for the Lakers, and now not in the front office as an Executive for the Los Angeles Clippers.

Everything Jerry West touches turns to gold.  He traded for 18 year old Kobe Bryant out of high school, he recruited then-free agent Shaquille O’Neal, and late last night he pulled off one of the greatest moves in NBA history by acquiring Paul George from the Oklahoma City Thunder for a bevy of first round picks to pair him with a top five player in his prime, Kawhi Leonard.  This move, again, sent shockwaves through the entire NBA.

And Jerry West has now been part of the successful free-agent recruitment and landing of:
-Shaquille O'Neal
-Kevin Durant
-Kawhi Leonard

(And acquiring of Kobe Bryant and Paul George.)

There is nobody who comes close to this in the history of the NBA or perhaps all of sports.

The two-time NBA Executive of the Year is known as one of the greatest players in basketball history, but he’s also now considered one of the best minds in basketball even at the age of 81.  He was a virtuoso on the court and he’s brilliant off of it.  West’s official title is “Consultant to the Los Angeles Clippers”, but he’s so much more than that.

Clippers’ owner Steve Ballmer leans on Jerry West and West has become his right-hand man.  The Clippers were a solid Playoff team last year and with the additions of Kawhi Leonard, fresh of an NBA title, and Paul George, one of the top ten players in the NBA, the Clippers are in position now to be one of the favorites, if not THE favorite, to win the NBA Championship next season and for many years to come.

Old Mr. Clutch, The Logo, Zeke from Cabin Creek has done it again.  Jerry West, one of West Virginia’s finest products, is the ultimate winner and has proven once again to be one of the top minds in basketball history.

I'VE BEEN SAYING FOR WEEKS ON UNDISPUTED THAT I LEARNED A LONG TIME AGO NEVER TO BET AGAINST JERRY WEST. EVERYWHERE HE HAS BEEN, HE HAS MADE AMAZING THINGS HAPPEN. THIS TIME, HE MADE WHAT FEELS LIKE A MIRACLE.