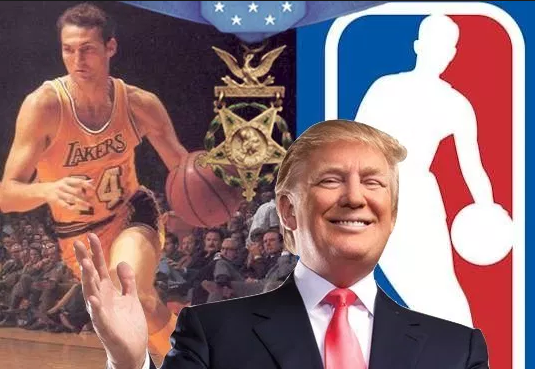 Jerry West, also known as “The Logo,” will receive the Presidential Medal of Freedom. This news broke when President Trump announced it on Twitter. President Trump also wished the Mountaineer legend a happy birthday.

The Great Jerry West will be receiving our Nation’s highest civilian honor, The Presidential Medal of Freedom, for his outstanding career, both on and off the court. Happy Birthday Jerry! @Sen_JoeManchin https://t.co/3kNEpteYfW

There has not yet been an announcement with regards to when West will accept the award. Currently West is working as an executive with the Los Angeles Clippers and has hopes of bringing potential NBA Finals MVP Kawhi Leonard to his team.

The most recent recipients of the President Medal of Freedom have been golf legend Tiger Woods and economist Arthur Laffer.

Congrats to Jerry West in earning another well-deserved honor. You make Mountaineers proud!

How much is Randy Mazey worth?
Was Sunday’s Loss by WVU Baseball the Worst Loss in WVU Sports History?