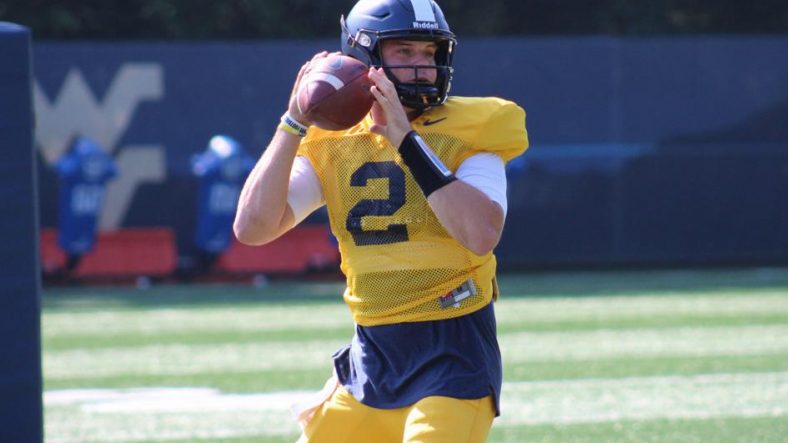 Moments ago, on The New Brown Show, the West Virginia Head Coach announced that Jarret Doege is the new backup quarterback.  Austin Kendall will get the start but will likely be on a short leash with Doege backing him up.

According to WVU quarterbacks coach Sean Reagan two weeks, “In a perfect world you’d save him for the last three games and the bowl game.  He’s getting a lot of reps and is preparing to be the #2 quarterback.”

The plan is likely to have start Kendall this weekend against Texas Tech and give Doege snaps, particularly if (when) Kendall struggles.  Kendall struggling, of course, is an inevitability.