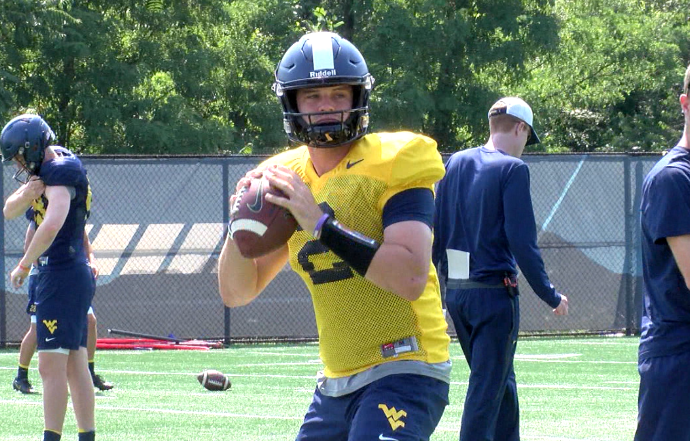 Imagine this: West Virginia and Missouri are locked up in a low-scoring game and Austin Kendall is really struggling or he gets hurt.  Would Neal Brown really trust Jack Allison, who has only started one game in his career, or would he turn to the most experienced quarterback on the roster?

Doege, who was granted immediate eligibility by the NCAA following his transfer from Bowling Green, started all twelve games last season for the Falcons and passed for 2,600 yards, 27 touchdowns and only 12 interceptions with a 62% completion percentage.  In other words, Doege is experienced and proven.

Jack Allison is a talented enough quarterback, but his one career start was a 34-18 loss to Syracuse in the Camping World Bowl last season.  In that game, he was 17-35 with 277 yards but didn’t look poised at times and had several bad throws, including an interception in the 4th quarter that sealed the win for the Orange.

Although Allison is officially listed as Kendall’s backup, remember that Doege, who has been redshirted this season, can play up to four games and still have two years of eligibility remaining.

According to Head Coach Neal Brown, “Doege does have more experience than any quarterback out there, not from an age standpoint but from a games played standpoint.  I think another thing is they lost some games and they had some struggles at Bowling Green, but he knows how to overcome the adversity. I think he can shake off bad plays and shake off hard coaching a little bit quicker than the others right now, just because he’s had to go through some of that.”

If Austin Kendall struggles or gets hurt, there is no question who Neal Brown should turn to in order to win a close game.  Brown doesn’t have the luxury this season to turn to a quarterback with almost no experience.  Jack Allison is a serviceable quarterback in a blowout game situation, but Jarret Doege is the natural choice when West Virginia needs a win in a close game and Austin Kendall is unable to play.