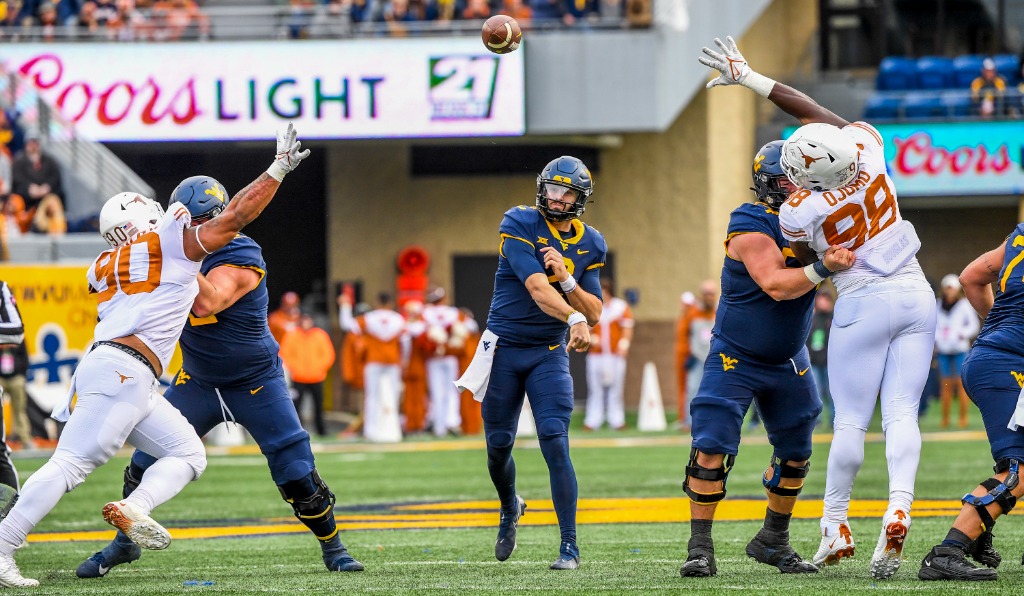 Jarret Doege Did Not Participate in Senior Day

Jarret Doege Did Not Participate in Senior Day

If today was in fact the last time we see Jarret Doege on Mountaineer Field, the Lubbock, Texas native certainly went out with a bang. In WVU’s 31-23 victory over the Texas Longhorns, Doege completed 27 of 43 passes for 290 yards and three touchdowns. He did not turn the ball over on the afternoon.

While his performance may have been surprising for fans, his decision prior to the game left many puzzled. Today, the Mountaineers held Senior Day for those that do not plan to return in 2022. With COVID-19 causing the NCAA to freeze eligibility in 2020, those seniors who aren’t “super seniors,” or sixth-yeah seniors, will have the option to return in 2022. Doege falls under this category.

Doege, who some have speculated will return for one final season, did not participate in the Senior Day festivities. Many took this as a sign that he will give it one last go in 2022 and return. While that certainly may be the case, the signal-caller spoke about his decision afterward.

According to Doege, he has not made a decision on whether or not he will return next season. Though he is only focused on week-to-week for the time being, he did state that after the season he will sit down with head coach Neal Brown to discuss his options.

Should he and Brown decide that it is best he comes back, Doege will have the opportunity to litter his name all over the WVU record books. It is unlikely that he will leave the school as the all-time passing leader, but he will likely be right up there with the best of them.

Today, he passed Pat White for 5th most passing yards in school history with 6,143.

Doege and the Mountaineers travel to Lawrence, Kansas for the regular season finale next Saturday against the Jayhawks. With a victory, WVU would become bowl eligible. Kickoff is set for 7 p.m., and the game will broadcast on Fox Sports 1.