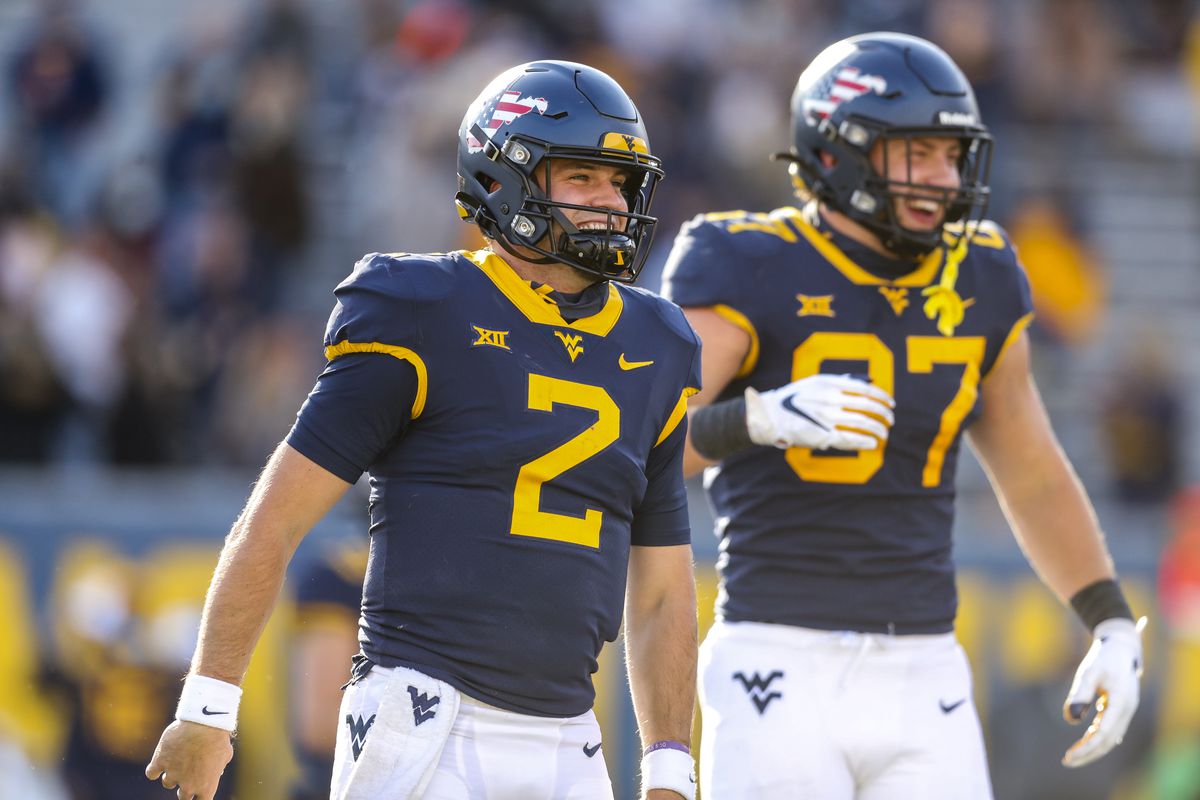 Jarret Doege Could Thrive in 2022

Jarret Doege Could Thrive in 2022

Many fans, as well as myself, will admit that Jarret Doege’s career as a Mountaineer hasn’t necessarily went smoothly. After starting off with promise in the final three games of the 2019 season, 2020 and 2021 have shined the light on some issues with the signal-caller. Once thought to be the rightful successor of Will Grier quickly turned into fan’s wishes for his benching.

However, going back and looking at Doege’s body of work over the last two seasons shows that he is capable of success at the highest level. The one issue that has hindered Doege from consistent play is an offensive line that has often times struggled mightily. Anytime pressure is applied to the Bowling Green transfer on a regular basis, he struggles. But when his offensive line is able to keep him clean, that is when he becomes the quarterback we all thought he could be.

Moving forward into 2022, the pieces are finally there for everything to come together for Doege. For the first time under Neal Brown, the Mountaineers will finally have a notable offensive line. Doug Nester, Wyatt Milum and Zach Frazier will headline a unit that should take a huge step forward next season. With the help from the stellar big boys, Doege should finally thrive in Morgantown in 2022.

Of course this all depends on whether Jarret Doege decides to return for one more season with WVU. Though nothing has been confirmed, the ESPN sideline reporter for WVU’s matchup against Texas in November reported that Doege allegedly confirmed to her that he was coming back. Given that he hasn’t had the best season in 2021, and the youth of the Mountaineer quarterback room, I don’t have trouble believing this one. We should expect one more season of Jarret Doege in 2022.

What should we set expectations at, though? Obviously nothing like the jump LSU saw from Joe Burrow, but it isn’t far fetched to foresee Doege competing for All-Big 12 honors. He’s not a bad quarterback, and no, he didn’t deserve to be benched this season. Not with the uncertainty at the position behind him.

Mountaineer fans should expect nothing less than at least eight wins from Doege. Not only will the offensive line finally be there to help him, but WVU will have one of if not the deepest receiving corps in the Big 12. Once he finally has time in the pocket, he will have a buffet of wide outs to pick and choose from. Bryce Ford-Wheaton, Winston Wright, Sam James and Kaden Prather will all reap the benefits of finally having the talent up front to compete in the Big 12.

Only time will tell if my assessment is correct, but I have a very good feeling about this one. Call it what you want, but this is exactly what Trust the Climb means. It’ll be occasionally uneven and difficult, but the top of the mountain will be worth it. Doege has remained the course and continued to climb. 2022 will finally be the year he envisioned when he came over from Bowling Green.