James Madison’s Coach is One of Us 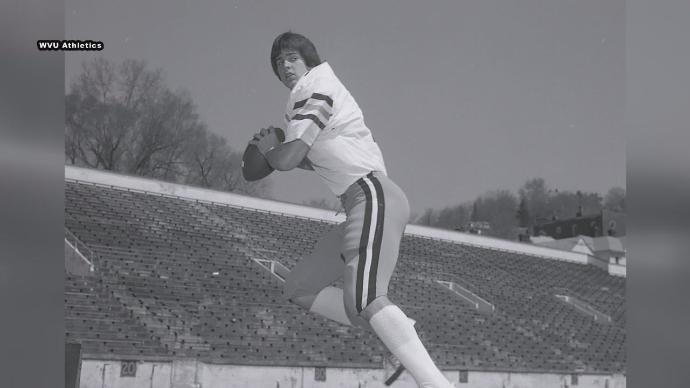 It may come as a surprise that James Madison coach Curt Cignetti is one of us. He played quarterback at West Virginia from 1979 to 1982. Cignetti was a two-year letterman.

Not only that, but he was also Frank Cignetti, who served as WVU offensive coordinator (1970-1975) and then head coach from 1976-1979. During Curt’s freshman year he got to play for his father at WVU.

So from 1970 to 1982 Curt Cignetti was a Mountaineer. Then from there he began his own coaching path that led to coaching at ten different schools since 1983.

A matchup to monitor during the regular season opener: Neal Brown vs. Curt Cignetti. @ByNickFarrell has the story on the two new coaches: https://t.co/B3aBbasvuU pic.twitter.com/u0oO3Jtfla

You know the former Mountaineer had to be intrigued by the season opener for his James Madison Dukes when he gets to head back to Morgantown.

“It will be fun to go back; it’s been a long time since I’ve been back,” Cignetti said to The Morgantown News. “A lot of memories will come back for me, I’m sure. But as a coach, you do just approach it as just one game. One game doesn’t make or break a season. We have a 12-game schedule, and we play nine in a row to start the season before we have an open week. At this level, if you go all the way (to the FCS championship), you’re going to play 16 games. That’s a long season. West Virginia is the opener, but it’s just one game out of 12.”

It’s important this Mountaineer team does not sleep on James Madison. They are always a contender for the FCS championship. This year, they come into Morgantown ranked No. 2 in the FCS and as just 6-point underdogs.

More Articles on the Opener Against James Madison:

It’s going to be a fun season opener for everyone involved. Let’s just hope Curt doesn’t have too much fun and West Virginia is able to send him home with a loss. From there we wish the former Mountaineer quarterback the best of luck when it comes to running through the FCS.