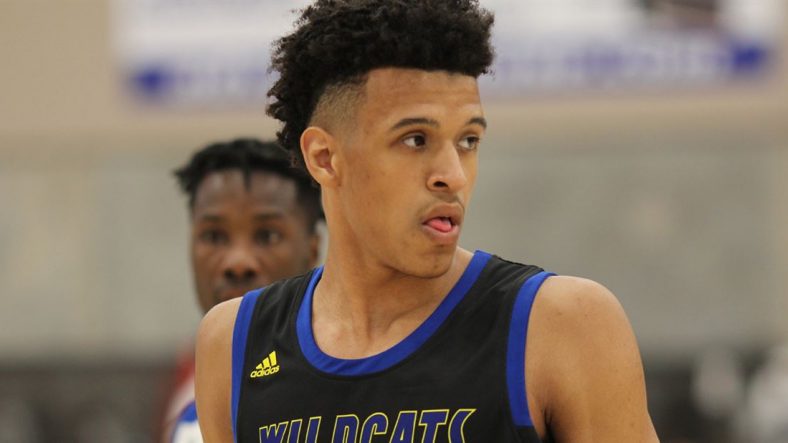 Jalen Bridges, the 6’7  four star small forward originally from Fairmont, WV, has narrowed his top 5 choices down and one team was surprisingly absent.  WVU made the list and Pitt did not.

Bridges took to Twitter to announce his top five and in addition to WVU, his list included Indiana, Xavier, Miami and Alabama. Bridges recently reclassified to the Class of 2020 and will be spending a year at the Scotland Campus, a prep school in Scotland, PA, before heading off to college.

In addition to announcing his list, he has also set visits for the schools and will visit Morgantown next week!

During his final season at Fairmont Senior, Bridges averaged 22.2 points per game and took his team to the state championship game where they ran into Obinna Anochili-Killen of Chapmanville, another player Huggs has an eye on.

It’s easy to tell by the teams in Bridges’ top five that this is a big-time recruit. With his size, ball handling and shooting, Bridges would be a huge boost to the WVU Class of 2020.

Huggs has a connection to Bridges as he already landed Taevon Horton, who was a teammate of Bridges at Fairmont Senior. Horton has since entered the transfer portal, so it’s hard to say what kind of effect that has on the chances of landing Bridges. Obviously him entering the transfer portal is not a great sign.

Hopefully Bridges enjoys his year in prep school and then comes back down to West Virginia and becomes the first in-state star for West Virginia since Kevin Pittsnogle.