Jalen Bridges Should Play THIS YEAR 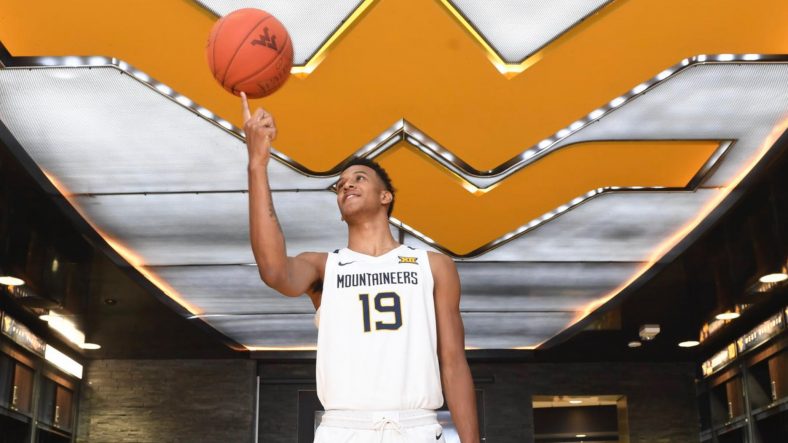 Jalen Bridges, the 6’7  four star small forward originally from Fairmont, WV, committed to West Virginia University instead of playing a year of prep school basketball.  It was decided by the Bridges family that he would take a year to settle into college, adjust to life in Morgantown and better prepare his body for the rigors of college basketball.

Bridges,  who averaged 22.2 points per game at Fairmont Senior and took his team to the state championship game last season, is expected to redshirt this season and be a part of the 2020 class.

West Virginia Head Coach Bob Huggins commented on Jalen Bridges recently, saying,  “I think he’s going to be a really good player, but the decision has always been for him to redshirt this season.

However, Bridges looks ready right now.  He’s long, athletic, can shoot and although he probably needs to add some weight and muscle, he appears ready to contribute for the Mountaineers right away.

Bridges , who was allowed to play in the exhibition game against Duquesne, has 4 points in limited time in the first half, but has already flashed signs of brilliance.

The steal and the slam❗ pic.twitter.com/c0zLKiepa1

If Bridges remains a Redshirt this season, imagine the production that he will provide for the hometown Mountaineers in the next four seasons!  If it’s decided that he plays this season, Bridges is absolutely ready to step in and contribute for the Mountaineers right away.  Regardless of what’s decided, it’s wonderful to see him in a Mountaineers uniform and a part of the West Virginia basketball program!