Could Jalen Bridges of Fairmont Be on the Brink of Receiving an Offer From Pitt? 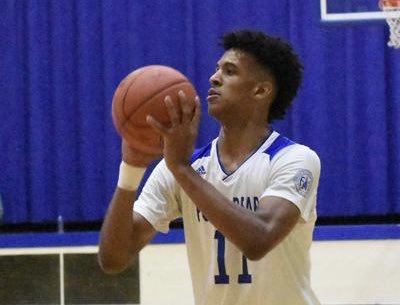 Fairmont senior small forward Jalen Bridges is a rising junior who is gaining more and more attention around the country. Along with an offer from WVU, he has also received offers from TCU, Xavier, Temple, Penn State, Duquesne and Dayton along with others and now it’s being reported that a Pitt offer could be in store for him. It has also been reported that Virginia, Michigan, Ohio State and Louisville have expressed interest in Bridges. It’s safe to say things are heating up for the Fairmont Senior Polar Bear.

According to a report from Pittsburgh Sports Now, Bridges will be in Pittsburgh Friday for an unofficial visit.

According to the 247Sports Crystal Ball, there is a 100% chance Bridges attends WVU. If Virginia, Michigan, Ohio State and Louisville get involved then those odds could be challenged.

Bridges was named the 2019 winner of the Bill Evans Award, which is given to the state boys high school basketball player of the year and is chosen by the West Virginia Sports Writers Association. It was the second year in a row the honor was awarded to a Fairmont Senior Polar Bear. Taevon Horton won the award in 2018. Horton then committed to WVU as a preferred walk-on and has since entered the transfer portal after his freshman season.

Bridges also took Fairmont Senior to the Class AA title game, losing to Chapmanville by a final score of 60-46. Bridges led the Polar Beras effort with 17 points and 11 rebounds and was named a Class AA All Tournament player. These two teams have met in the state final three years in a row, with Fairmont Senior winning the first one and Chapmanville winning the next two.

Though the Mountaineers are the leaders in the clubhouse, as far as landing a commit from Bridges, it appears things are just starting to heat up. Hopefully Bob Huggins and staff can get this extremely talented local product to stay home and become a Mountaineer.