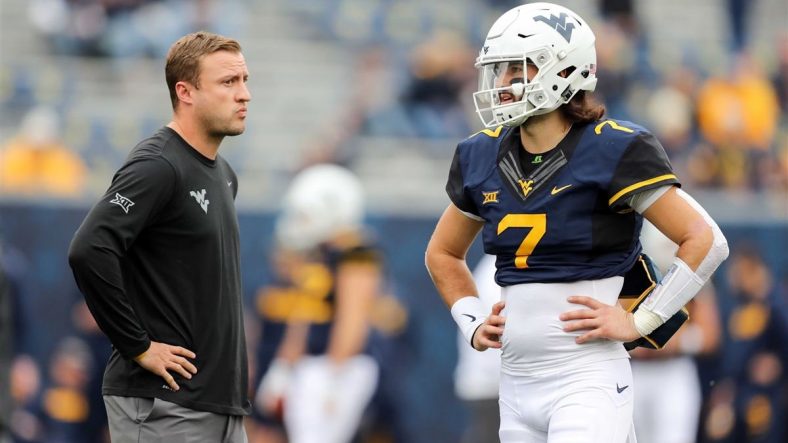 There have been multiple national reports stating Jake Spavital has taken the head coach position at Texas State, a team in the Sun Belt Conference that has struggled mightily since moving up from FCS in 2011.

Originally Texas State was looking at Houston offensive coordinator Kendal Briles. When Briles confirmed he was staying with Houston, Texas State then focused on Spavital.

“If he has the opportunity, and wants to be a head coach, then that’s understandable. … Jake’s done a great job for us, and if the right job comes along, then I wish him the best,” Lyons said to MetroNews. “If not, that’s ultimately between him and Dana, and we’ll look at the assistants’ and coordinators’ agreements come January.”

Despite not making a bowl game in eight seasons since moving up from the FCS, Texas State owns the second-highest athletic budget in the Sun Belt Conference.