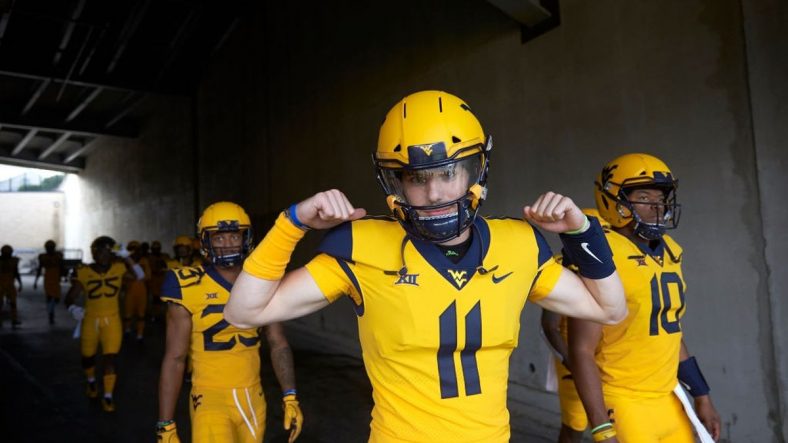 We may have seen the last of backup quarterback Jack Allison in a West Virginia uniform.  Allison, who started last year’s Camping World Bowl game in place of Will Grier, played one possession against Missouri and it was bad.  On his only pass of the game, Allison threw a terrible pick six to a Missouri defender.  He was immediately replaced and benched following the play.

Following the game, Neal Brown said, “I was trying to let Jack play.  I wanted to see him.  At that point, the game was decided, but he threw an out-cut into a Cover 2.”  Brown, clearly exasperated with the decision added, “That’s tough.”

Now, a source close to the program tells us that Jack Allison is now exploring the possibility of entering the Transfer Portal and is unlikely to finish the season as a Mountaineer.  Nothing is set in stone when it comes to college students/athletes, but the source is very confident that his days in Morgantown are nearing an end.

There has also been rampant social media speculation after Allison did a couple of very questionable things on Twitter following the game.  To begin, he “liked” a post from a sports media outlet that read, “Jack Allison is apparently not the answer either.”  In addition, Allison has removed his “WVU” from his Twitter bio.

With a bit of a logjam at the quarterback position and his chances of seeing real playing time decreasing every moment, the former 4 star transfer from Miami seems to think that a move to another team is the best thing for his future.  Stay tuned for more information as it becomes available.