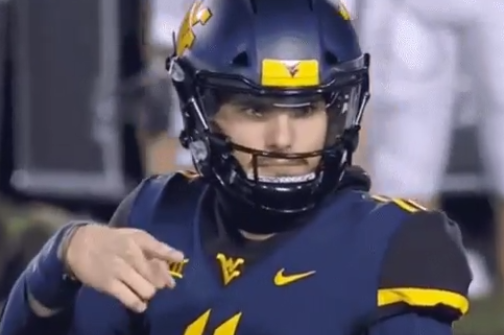 It’s been long speculated by Mountaineer Sports that Jack Allison was on the brink of entering the transfer portal. Today Allison made it official with an announcement on Twitter.

The junior Mountaineer quarterback did it the only way he knows how:

Jack Allison started his college career at the University of Miami. He was brought in by Canes coach Al Golden. A coaching change to Mark Richt doomed Allison.

“He loves Miami. We all love Miami, but the whole direction of the program is they want a running quarterback – a dual-threat quarterback,’’ Allison’s father said, per the Miami Herald. “They want a different wrinkle in their offense.”

More Stories on the Transfer Portal:

Despite Allison’s time in Morgantown not panning out how everyone hoped, we wish Jack the best of luck wherever he lands. Once a Mountaineer, always a Mountaineer!

Jack Allison to the transfer portal ?Let’s not forget his contribution to the program with this all-time gif. pic.twitter.com/xOfif5hqyq