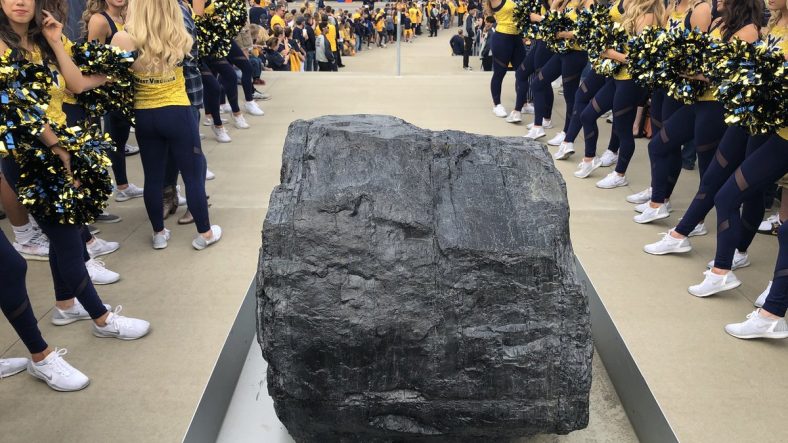 In the coming days, there will be all kinds of predictions thrown around by so-called experts about WVU’s season opener against JMU and its upcoming season; the bottom line is that none of those predictions/guesses matter.  Until the ball is snapped, you just never truly know what to expect from a team, particularly a team with so many question marks on it.

The unknown is a bad thing in football and sports in general.  Prognosticators and experts want to know what to expect from a team based on prior performances of players and the historical success/lack of success of a program.  That is typically the best way to forecast the future.   Unfortunately West Virginia has about as many question marks and unknowns as any team in the Big 12 and perhaps in the country.

For instance, Oklahoma is ranked highly in the preseason based on a number of factors, but its historical success combined with the addition of transfer starting quarterback Jalen Hurts, who had a 26-2 record as a starter at Alabama, have made them an absolute preseason critics’ darling.  In comparison, the teams with the most question marks and new coaches, West Virginia, Kansas State and Kansas are ranked at the bottom #8, #9, and #10 of the Big 12 Media Preseason Polls.

The preseason predictions are often (almost always!) wrong.  West Virginia basketball was 13th ranked in the preseason AP poll last season and had all of the makings of a potential Big 12 juggernaut with the return of Sagaba Konate, the leadership of James “Beetle” Bolden and the ultra-talented former four star recruit turned Senior veteran Esa Ahmad.  On paper, the team looked beautiful.  However, there were circumstances that led to a total collapse and an almost unthinkable 15-21 overall record.

In other words, it’s just an educated guess and preseason polls are almost never entirely accurate.  There will be teams with low or no expectations that will absolutely shock the experts and the fans.  Why not West Virginia?  Why not now?  Question marks don’t always mean that a team, with the right mix of player effort and skill combined with excellent play-calling and luck, can’t come together at just the right to blow expectations to smithereens!

West Virginia will have a new offense and defense.  The offense, although very talented, lacks experience at several of the key positions.  There were several transfers on both sides of the ball.  This will be Neal Brown’s first year as a head coach in a Power 5 conference.  On paper, there are more question marks and unknowns than certainties and guaranteees, but you just never know what will happen for sure until the ball is snapped and that’s what makes college athletics so much fun.

My prediction: West Virginia football is going to shock the world and prove all the experts wrong this year!