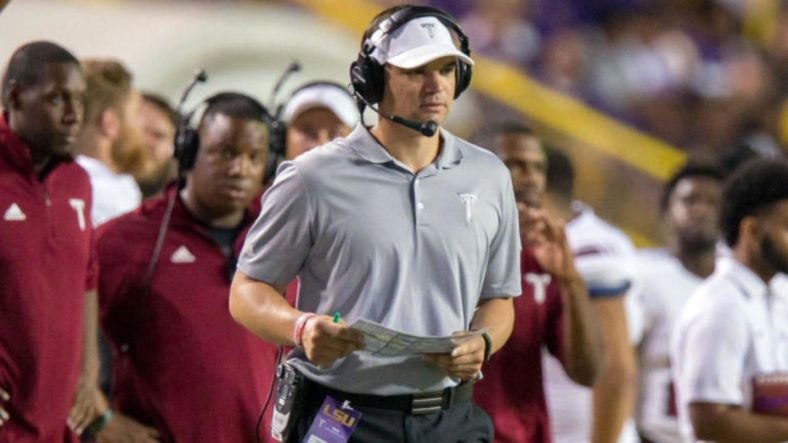 Neal Brown is set to become the new West Virginia football head coach, according to Pete Thamel of Yahoo! Sports. The former Troy coach will replace Dana Holgorsen as he has taken the head coach position at Houston.

West Virginia interviewed Brown at the neutral site of Lexington, Kentucky, which is about an hour from Brown’s hometown of Danville, Kentucky.

Brett McMurphy reported that the deal will be a six-year contract. The details of the contract have not yet been released.

Brown posted three straight ten win seasons at Troy. He took over the program in 2015 and led the Trojans to a 4-8 record. After his first season, the following three seasons resulted in at least ten wins and a 3-0 record in bowl games.

In 2017 Brown led the Trojans to a win over No. 25 win over LSU at Death Valley. This win ended the Tigers’ 46 game winning streak over non-conference teams at home.

They waited out lightning and dodged lovebugs. They ate ice cream and practiced in the hotel parking lot. Then Troy went out and slew another Power Five giant. Inside the Trojans’ week that ended with a win at Nebraska and this song. https://t.co/J0eAcab5RA pic.twitter.com/RWlOyueY66

It has not yet clear whether or not WVU will hang on to any of the assistant coaches or who will follow Brown from Troy to Morgantown.

The West Virginia athletic department will be making an official announcement shortly. Stay tuned as we will have more details as the story develops.

West Virginia has landed a proven winner who has experience as the head coach. Before being named the head coach at Troy, he served as the offensive coordinator at Kentucky under Mark Stoops and also at Texas Tech under Tommy Tuberville.

Welcome to Morgantown, Neal! We are excited to have you!